Report from Paul himself.

On Thursday evening 17th December I visited the cliff tops hoping to catch another glimpse of the light forms that had been reported earlier that week - I had been lucky enough to see them myself on the Wednesday evening.

My friends Steve and Amanda were also hoping to see them and met me at the large bird viewing platform overlooking the sea on Bempton cliffs. (Social distancing was observed at all times – there were Covid restrictions!)

I took along a Sony camcorder and a thermal imaging scope, Steve had cameras and high powered binoculars. Amanda had a Sionyx night vision camera which proved to be invaluable.

At one point during the evening she switched on her camera and scanned the sky out to sea and inland. She was amazed to see bright spheres of golden light behind the clouds.

They were invisible to the naked eye. I turned on my thermal scope and scanned the sky where the lights indeed could be seen on Amanda’s camera. No heat source was detected using the thermal scope, and I could not see the objects my Sony nx80. Steve scoured the sky with his high powered binoculars and saw nothing.

So we were lucky that Amanda's camera was able to pick them up and film them as they slowly moved across the sky. 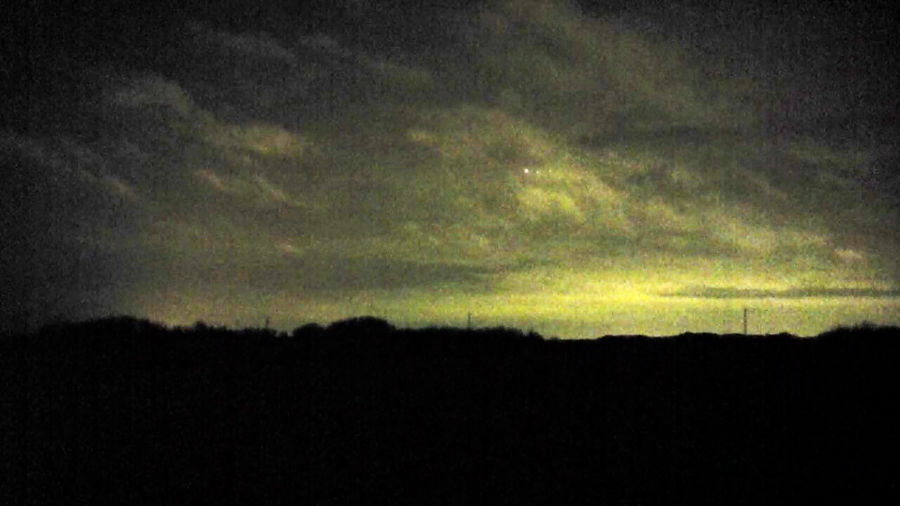 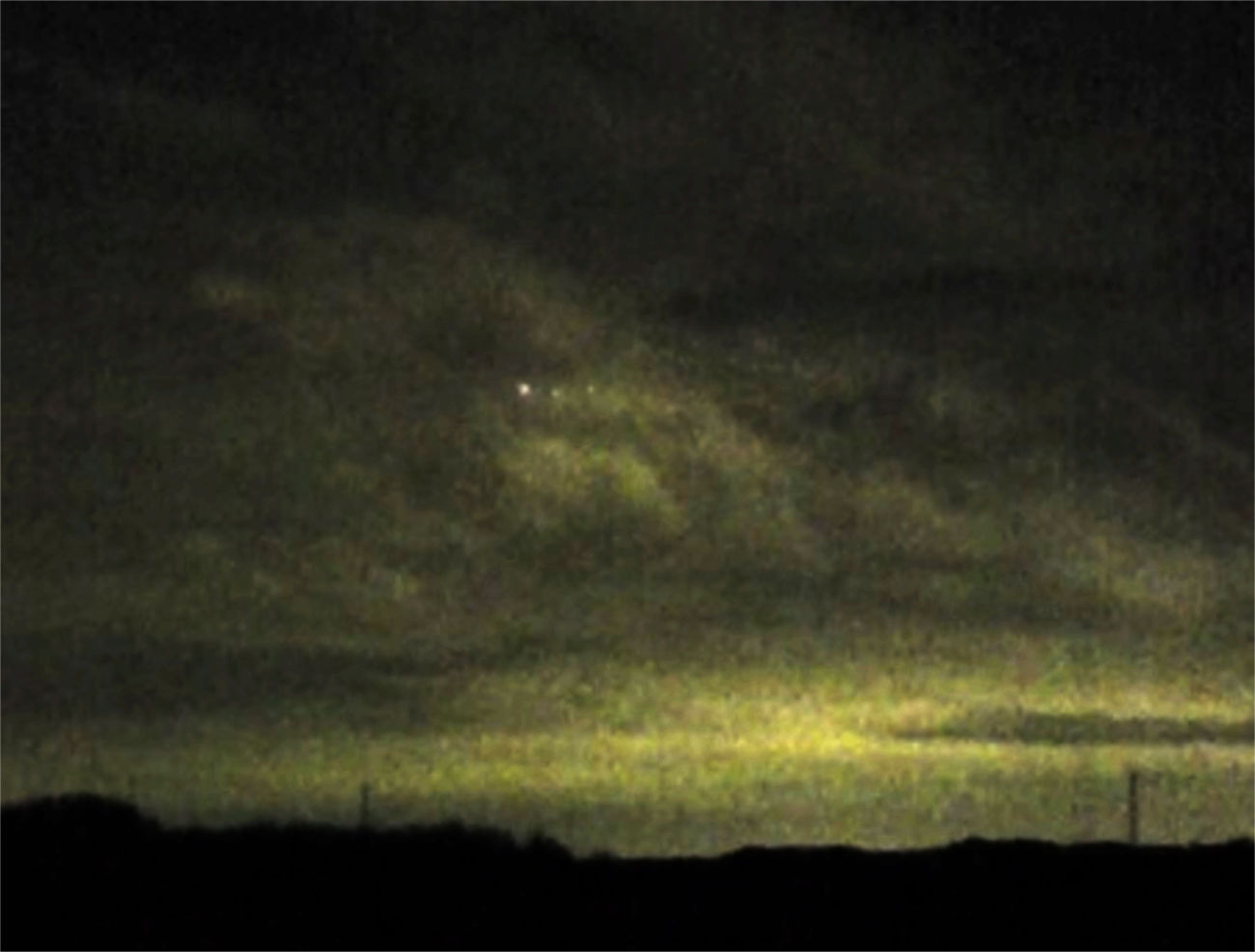 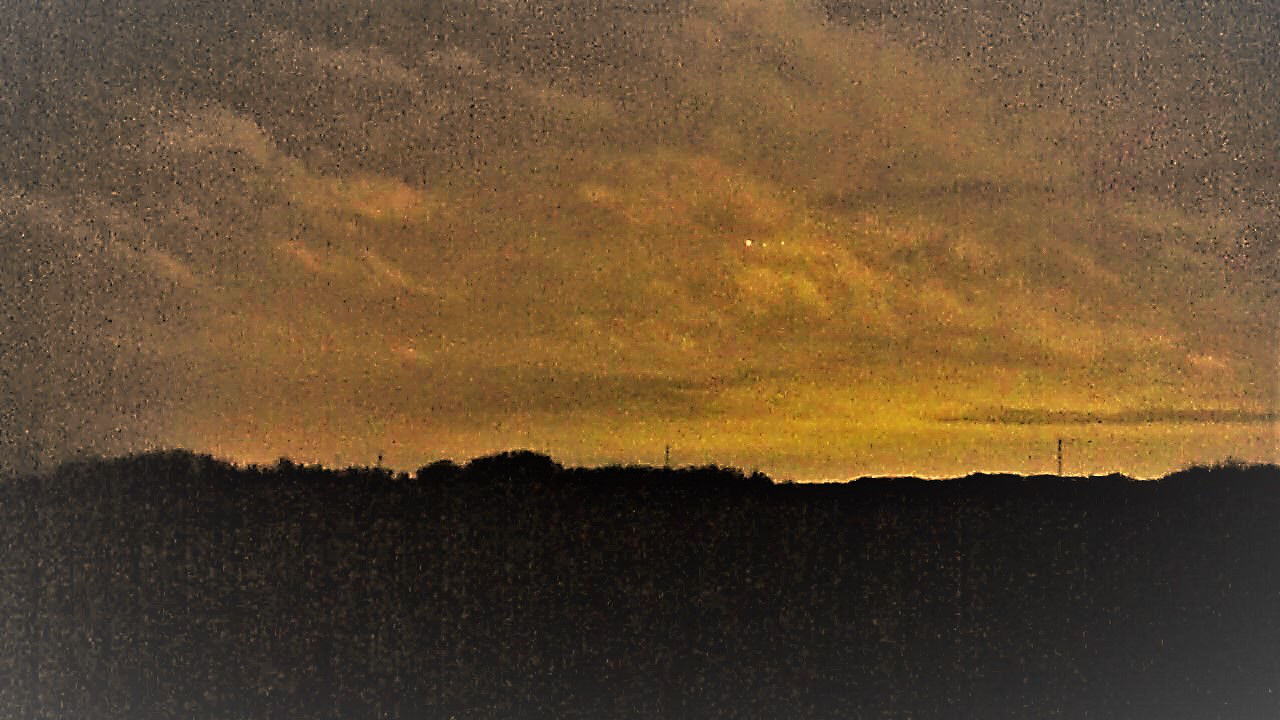 three lights in the sky