This sighting is even more interesting as the two people who saw the object or objects were more than qualified to distinguish this from the usual things seen in the skies around us.

It was 10pm approx. on Saturday night when Maggie, a retired police officer called her husband Peter to come and take a look at two lights slowly moving across the clear night sky.

Peter, who is a retired pilot opened the landing window to get a closer look at the lights. One was red and the other white, which were about 50 meters off the ground and he estimated that they were about 10 meters apart. He says they were silent and moving at about 5 miles per hour. Peter told me that he very quickly ruled out all the usuals: flares, plane navigation lights, helicopter, &c....and definitely not Chinese lanterns.

He simply says that they were something else. The objects moved over the roof tops and out of sight and both Peter and Maggie went to the other side of the house to follow their flight. They watched them until the went behind a large sycamore tree about 80 yards away, expecting to see them appear at the other side of the tree line. But they had vanished out of sight without a sound. I found pPter to be a very straight forward articulate kind on man, who like so many others who report seeing these anomalies in our skies has nothing to gain by sharing the story with me. So regardless of just what it was that they saw that night, I feel it is 100% genuine. Many thanks to Peter and his wife for sharing the sighting with me and this web site. 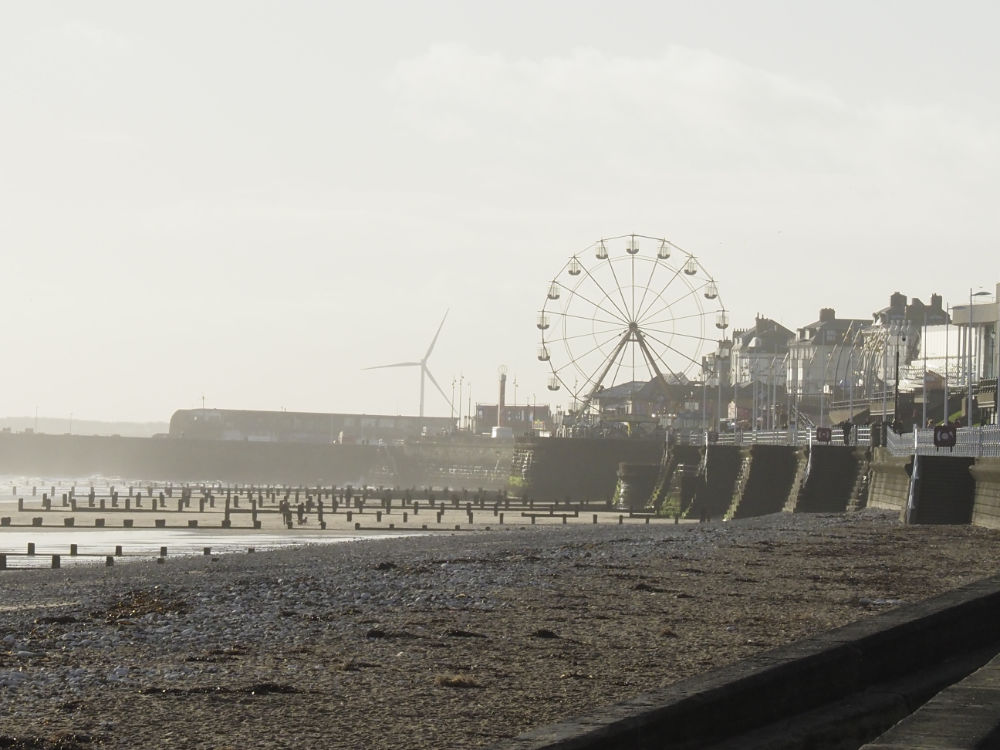 The front at Bridlington

St John's Avenue is over to the right of the picture