from Ann, a committed student of the unknown. And a report of a glowing ball.

I have read two of your TP books and really enjoyed them. They are great investigative journalism.

Just a bit of background about me. I’m very good friends with Tony B and his wife Julia, I'm not sure if you remember him but I’m sure you met at one of the UFO conferences. Tony is a UFO experiencer.

I’ve known Tony and Julia since we were kids. Julia and I both work in London - City and we wouldn’t want to be known as UFOlogists. It’s bad enough being taken seriously as a woman in the city, let alone telling anyone you have had a UFO experience! I've had three UFO experiences, all with other witnesses. One quite frightening and I must say you guys are very brave patrolling Bempton Cliffs.

I reported them last year to NUFORS and had some good email correspondence with Nige and Phillip Kinsella. They were able to confirm the photo I had taken of the metallic orb wasn’t a fly or lens flair on the mobile. Lockdown has given me some time to analyse the previous personal sightings and take a look at other peoples' research. Like you all said in your Friday presentation, it’s impossible to know what’s really going on but once you get drawn down that rabbit hole, it really is intriguing.

At the end of your video you asked if anyone had any suggestions for your further experiments locally in Yorkshire. One thought I had had was investigating the location with dowsing. I meditate and use Reiki for healing. We all know these anomalies / phenomena are in some form energy related. Have you contacted any energy dowsers? Basically, they can tune into the location remotely and check out where there are vortexes and lines of energy. Some of them tune into the “spirits of the land” and heal geopathic stress in homes etc. I’m on a facebook following a group called Earth and Cosmic Energies and Alignments.

But it isn’t a private group and I cant't ask the UFO question due to my job and having a number of colleagues on my FB. The Earth Energy group are a very good group of people and have very interesting observations concerning earth energy lines. Whilst a lot of these lines converge on ancient sites and churches, there are lines everywhere and it would be interesting to see if a main energy line runs through the area you’re investigating. I'm not sure but I think our up close UFO experience may have been related to one of these ancient sites and energy lines.

My daughter and I were driving back home from Borough Green to London one cold December night (could have been 2011/12 at 11.15pm approx and had a ball of light experience. We were driving down a country lane, no other cars around, hedges either side. A ball of white light the size of a cricket ball, materialised and flew in from behind the car and flew alongside my drivers’ window. it tracked our speed momentarily, then changed direction and flew off at a two o clock position up and over the hedge, out of sight.

If I had had my window open, I could have touched it. It observed us. I turned immediately to my daughter and asked her to describe exactly what she had seen and she described exacted as I have above.

I can say it was not ball lightning. It was about 2 degrees C temp and the sky was very clear. No cloud, no moon. You could see the star constellations from the car. We joined the M20 heading to London and as we drove down the dark side of Wrotham Hill heading towards London, we could see the December meteor shower of green meteors dropping in the dark sky in front of us. I’ve never seen meteors like it, let alone from my car. My daughter was terrified by this point. When we arrived home she checked Twitter and lots of people were reporting the amazing meteor shower. Quite a relief, I was worried we were about to have some sort of Independence Day event!

It’s an event that is burned into my memory and the fear from it? I have never driven to that friends house at night since.

Points about the area,
1. It is 1.5miles from an old MOD base.
2. It is under a mile from an ancient Long Barrow. Really near the ancient Pilgrims Way
3. If you look at a OS map of the area the direct line from the Long barrow to where we had our experience of the ball of light, it follows a line of water springs, which dowsers hypothesise could interpret as an earth energy line.

My gut feeling was that it was intelligently controlled. It was a 3D shape, definitely not a drone. We were travelling about 40mph, it matched our speed to observe us then moved on.

I hope haven’t gone on for too long. Your new website, is very interesting and I shall have a look another day.

Very best of luck with your Wolflands project, 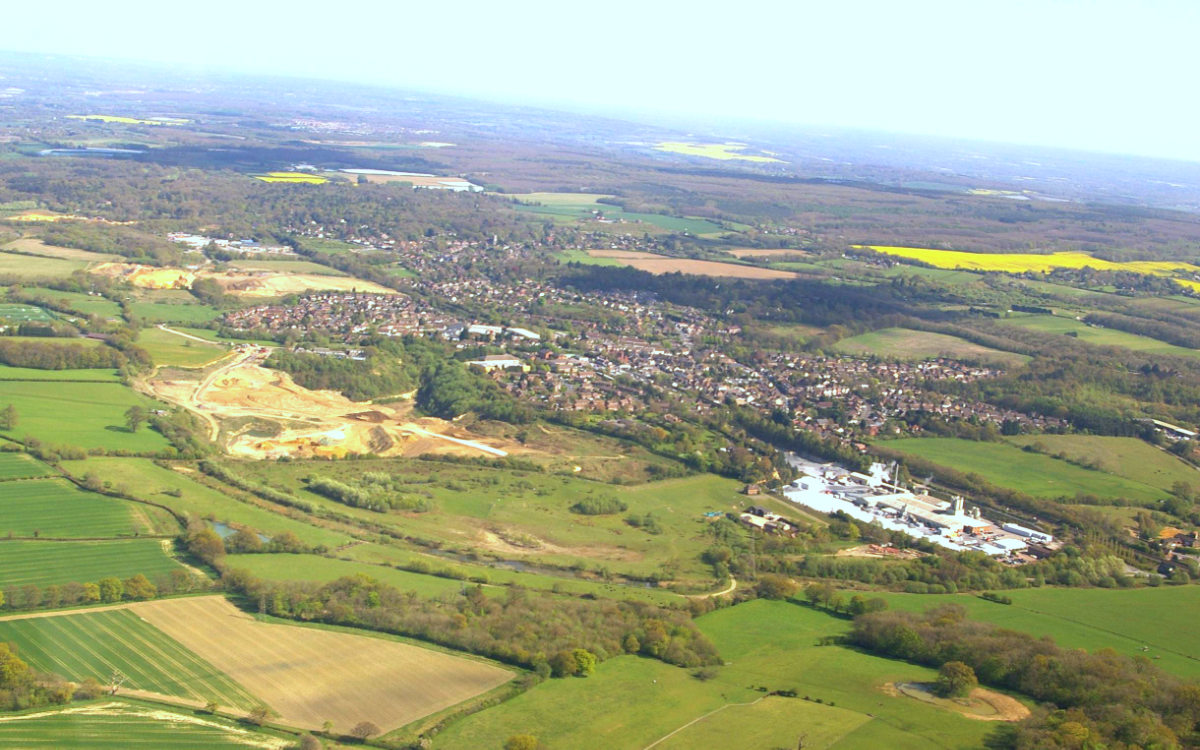 Wiki says — Borough Green is an unclassified English urban community and a civil parish in the borough of Tonbridge and Malling in Kent, England. The central area is situated on the A25 road between Maidstone and Sevenoaks, with the M26 motorway running through it within a mile of the centre.