Hi Paul, sorry for the late reply. I first saw them back in about 2000, in November, from Aldborough Beach just south of Hornsea. I had been fishing for around five hours into the darkness: it was about 10pm.

I was the only angler on the beach. This was before there were wind turbines on the horizon.

Suddenly five orange lights lit up just about the horizon, then blinked out maybe 30 seconds later one by one. Maybe 10 seconds later they reappeared to the right only a bit closer. I was then spooked by this and packed up a bit sharpish...LOL!

Then last year in November, me and James Wood were fishing up at Scarborough North Bay, just in front of the chalets; it was a very windy and rainy night.

About 20 minutes later two fighter jets flew over; maybe a coincidence but it was very odd. I think James actually rang you and told you that night. 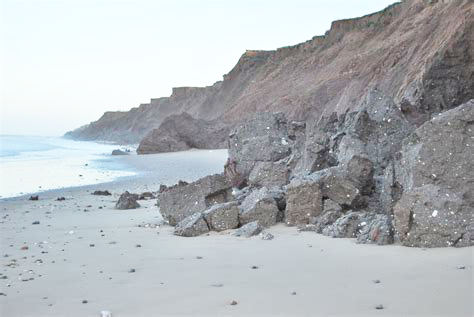 Near Hull. This coastline sees much erosion