experience by Paul and a friend, Richard

Wednesday the 13th Jan We arrived at North landing car park at 7pm: Flamborough has is only one way in and out, making it quite literally the end of the road!

Flamborough Head is without doubt the most prominent feature on the East Yorkshire Coast and is known throughout the maritime world for its rugged coastline and hostile seas.

We left our cars and walked to the top of the car park, from there we continued on towards Bempton. Visibility out at sea was poor with mist making distant boats appear like ghosts in and out of the mist. We noticed some torch lights about 300 yards away; these lights however were nothing mysterious: just two rock anglers standing precariously close to the edge on a flat outcrop known as the 'slip trench' by locals. We stood looking across the cove debating if we should stay a little longer or head back to the cars. If I am honest I did not think we had much chance of seeing anything due to the misty conditions.

Suddenly, the entire cove lit up, the surface of the sea, the cliff face: everything was bathed in white light. It happened so fast that neither of us said anything for a few seconds. I then recall looking at Richard, his head turning in all directions like an owl. We could not see where the light was coming from! The cove remained illuminated for about ten seconds, then everything went dark. No one could have been on the rocks below because the tide was high, besides both sides of the cove lit up. I cannot imagine the amount of energy that would have been needed to do that.

We stood for a while talking, trying to figure out what it could have been, when the entire cove suddenly lit up for the second time. 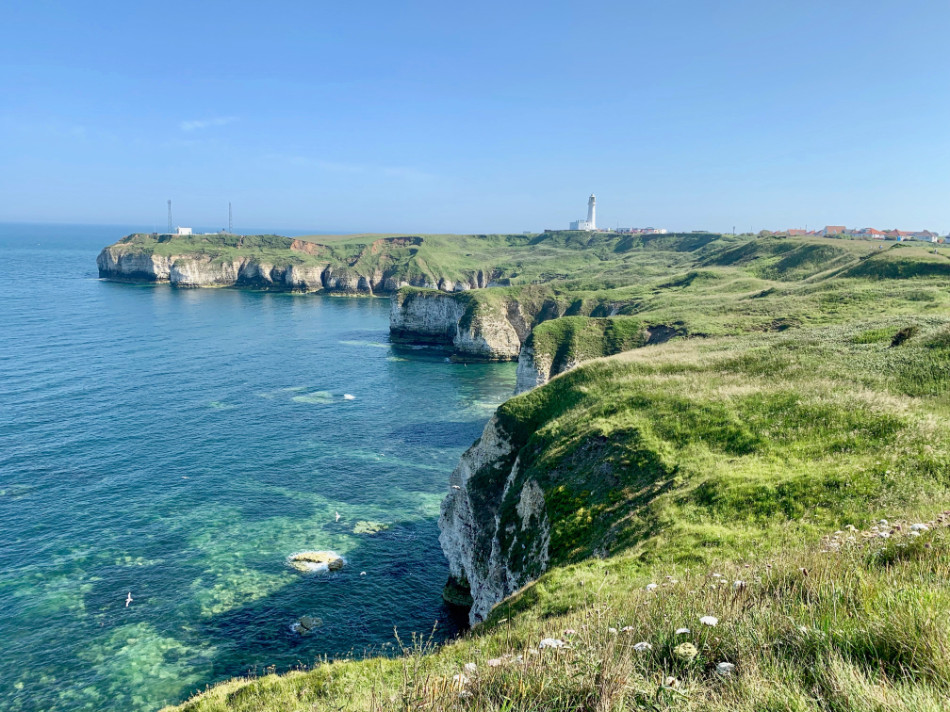 which, when it is not being wildly rugged and spooky, can be beautiful.