A white triangle was seen over Cayton bay on 16th march 2020 by Tony.


"When I saw the object it was lunch time on a clear day. I was watching a jet plane flying south to north; I watched the plane going over the top of me and suddenly a white triangle came into view above the aircraft.

It looked to be about five to six hundred feet above the plane. It appeared that the plane took evasive action to avoid the UFO because it changed direction.

The triangle was moving in strange jerky type movements, and the strangest thing was that it was also turning on its own axis. I saw no windows and it looked perfectly smooth and I could not see any sign of propulsion.

The triangle then made another turn and began moving down the coast towards Filey and Bridlington.

Something else puzzles me was the marking on the jet aircraft. It was silver underneath and from where the wings joined onto the fuselage it was white with a single red stripe.

I watch aircraft pass over often and I have not seen an aircraft with those colours before......" 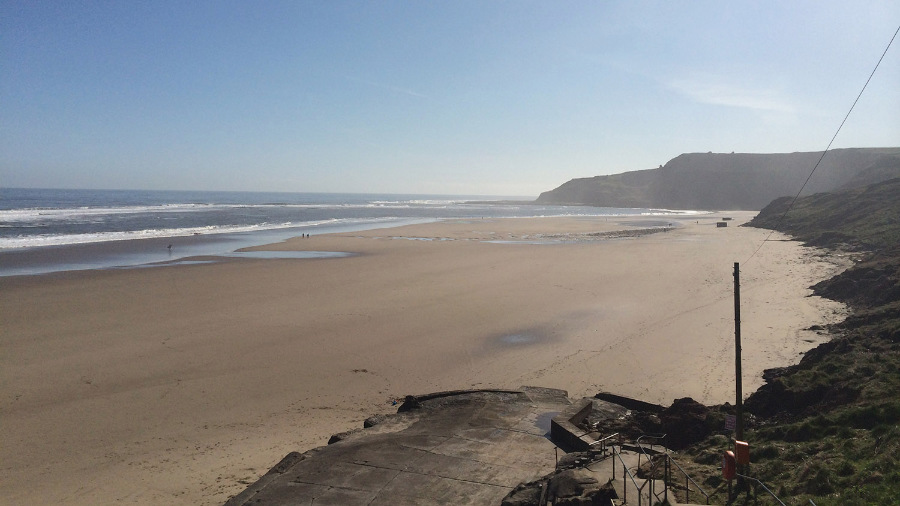 Cayton Bay is a quiet location not far from Scarborough