from a mail to Paul

Latest sightings witnessed by both my wife and I goes back to 2013/14 when we lived in Brierley Hill, West Midlands....

It was a Saturday evening, not late, I'm guessing about 8pm. It was during the Summer so still light. I sat down to watch TV and noticed something out of the corner of my eye in the sky.

I called my wife from the kitchen and said "quick look at this! "

I can only describe it as a very large boomerang shaped, bright blue neon light with red flashing light on top - it was moving away from the house. The amazing thing is that the same object appeared again the same day and time a week later! This time there was a orange orb like light zigzagging around it. Then the object performed a perfect circle in the sky. I have found out there were other witnesses to this object standing on a bridge approx half a mile from our house.

I told a few people about it at the time but either was ridiculed or they said it was a drone... believe me, it was no no drone... I'm guessing it was the length of a bus maybe longer.


The best I have saved till last.... I fell asleep watching TV, my wife went outside to take washing from the line, it was approximately 10pm. She noticed a white light heading towards the house.

She then came back in and locked the door and decided to wake me to say that the police helicopter was about... I immediately jumped up and went in kitchen, I looked out of the window but didn't see anything. I then decided to open the window to look for it but there was nothing... it was eerily quiet, there was no sound of helicopter close by or even in the distance.

We then decided to go outside of the front door and look down towards the opposite end of the cul-de-sac. That's when we both witnessed the black triangle with 3 soft white lights in each corner, just gilding effortlessly and silently over the trees.

It appeared to bank and turn as though it was heading towards the High Street. This sighting only lasted about 20 seconds... I was in complete awe of it. I checked local media at the time for any reported sightings but could not find any. I just wish that I could have thought to grab my mobile but you don't think at the time.

This is the first time I have told anyone about these experiences.... Hope you find them interesting. 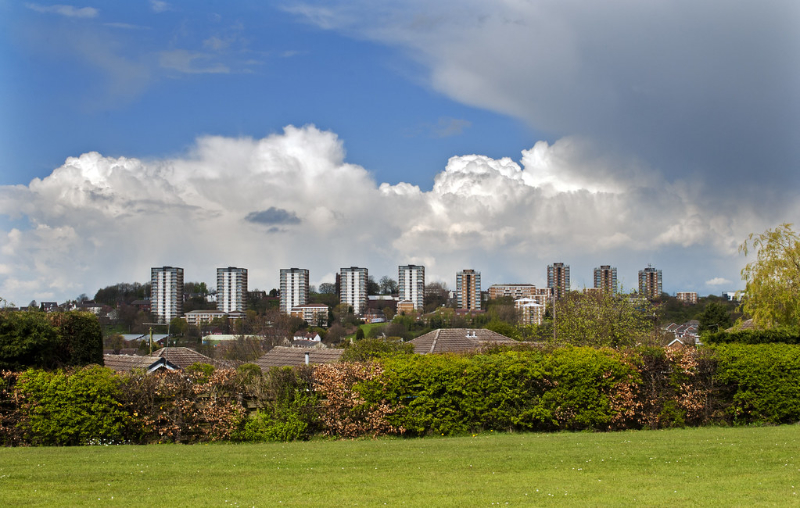 a suburb of Birmingham