Myself and Chris turner began filming for the new Documentary SUPRALIMINAL.

I had lined up a few interviews for camera including the Dave Barker lights which is relevant to this story.

To make the best of our time, in the evenings we went up onto the clifftops with camera equipment hoping to catch a glimpse of the phenomenon.

Lee Hayward accompanied us along with Chris Turner's friend Jerry Denning. Jerry is a highly qualified lighting and sound engineer.

At approximately 7.45pm I received a call from two men who were in Scarborough who told me they had just seen a triangle of orange lights out over Bempton.

It was ironic that we were there filming Lee Hayward talking about the triangle of lights that he saw with me in late 2019.

About 30 minutes later the guys who had seen the triangle of lights CHRIS WRIGHT and STEVE JACKSON arrived to meet us at Bempton. So now there was 6 of us on the clifftops observing.

Over a period of 2 hours spheres of vivid orange light appeared in ones and twos out over the sea. Literally appearing and disappearing. All six of us saw them. One of us, Jerry Denning is a professional film and lighting engineer and could even measure the light intensity in Kelvin.

We had shipping radar, and civilian aircraft data, weather, barometer readings, tide, wind direction and strength, atmospheric temperature. I would say we were six very rational people. All looking at the same thing, and none of us could say what we saw was anything other than a true unexplained phenomenon.

I also note that things seem to happen people new to the area are with me. This could of course be pure coincidence. 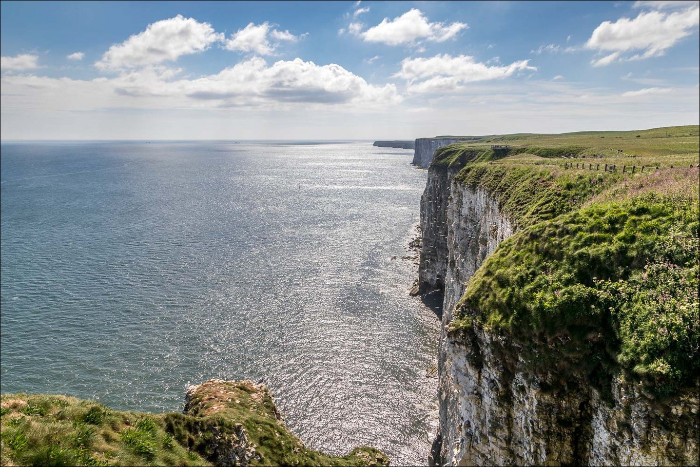 a wonderful spot, popular with earthly and unearthly beings...