The following account was given to Paul by an experienced rock angler called Mally. He told me about the time that he saw a strange animal whilst night fishing in one of the remote sea coves in Scarborough in 2018.

“ I saw the strangest creature walking along the base of the cliffs and I cannot explain what it was to this day.”

He described the location, explaining that the cliffs in that area are mostly mud clay with rocks interspersed. Mally was fishing in the early hours of the morning in the winter of 2018 when he saw the creature.


"I just got this terrible feeling like something or someone was watching me, and I began to feel very uneasy. In the end I turned around put on my headlamp and began scanning the beach and the cliffs. That’s when I saw it. It was about 150 yards away at the foot of the cliffs. I could not believe what I was seeing; there was a very large animal walking on all fours along the bottom of the cliffs. It shocked me, to be honest, because I had never seen anything like it before.”

Mally told me that the animal was as tall as a Great Dane at the shoulder and that it had a very long straight back, with a slight dip in the middle. He said it was just walking along paying no attention to him, which was another thing that he found unusual. Mally says that in the past he has hunted foxes, deer and other game and has observed that in all cases the animals stop at some point and look to check out the potential danger.

However this thing, whatever it was didn't seem in the slightest bit interested in Mally. He said it appeared to be walking with purpose and never paused once to look at him. It walked for approximately 50 yard until it reached the break in the cliffs where the steep path goes up onto higher ground, the same path Mally had come down to get onto the beach hours before.

Once there it turned and began to head up the path and in a few bounds disappeared. He described it as looking like a huge cat or dog, although he is more inclined to believe it was a cat. I have thought about this, are there cats anywhere in the wild are actually as tall as a Great Dane at the shoulder?


It sounds like an incredible beast and something to be avoided at all costs. The place when I saw it is called Jackson's Bay, what I find interesting is that I already have reports of unexplained phenomena occurring in and around Jackson's Bay. Rock anglers regularly report seeing unusual spheres of light out over the sea and in close proximity to the bay. I also have a story of the two teenage boys who were in the bay 20 years previously, who claim they had at least 5 hours of missing time. So once again location seems to be the key. 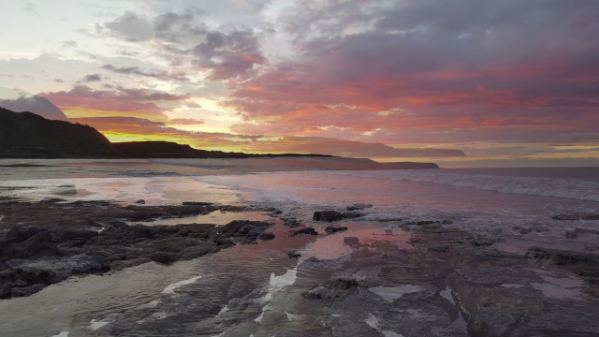 trying its best to be moody...