Hi Paul. Here is the second report. This happened either July or early August 1989 about 6.30pm. It was a hot, sunny day, with clear blue sky, I was a passenger in a car, my friend was just turning off the northbound carriage way of the M6, onto the slip road.

Suddenly she shouted, "oh look, a UFO" I was starting to say something about weather balloons, when I too spotted it.

It was high up, imagine a five pence piece at about 2 metres. It was round, metallic and very shiny. It then turned on its vertical axis and disappeared. This was all as we were driving up the slip road. I continued to look as we went round the roundabout but could not see anything else.

Strangely enough the local paper (the defunct Chase Post, which was famed for reporting strange phenomena) reported that a "wok-like" silver UFO had been spotted over Norton Canes Chinese take-away, that week.

It was this sighting that got me interested in UFOs, though I have never been lucky enough to see any thing else in the sky.

Thanks for another good report, Sally. I am trying to make a link between wok-like objects and a Chinese take-away! :-) 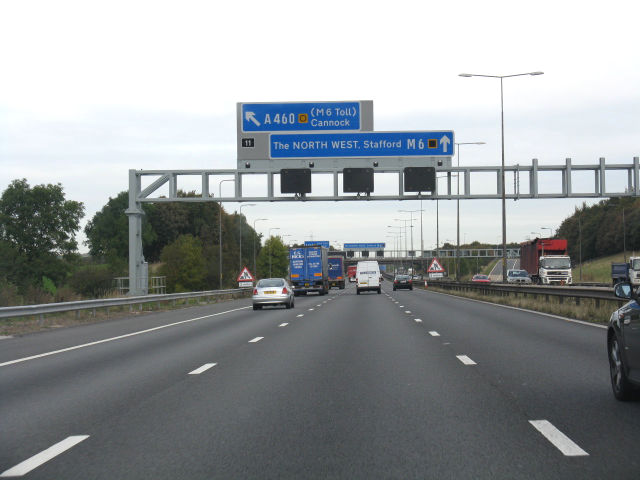