On Wednesday 17th August I was leaving Whitby Spa Pavilion with five other people around 10.15 in the evening. We were chatting in two groups of three when one of the others I was talking to said she'd seen an orange light over the sea, but as we turned to look it disappeared.

She said there was a plane visible in the sky above it, which it was quite a bit bigger than. She then saw it again and again it went out as we turned.

Then as I was walking to my friend's car with her, I saw the orange orb above the sea. I pointed it out to my friend , but it went before she could see it.

I'm sure it was one of the ILFs that Paul talks about!

Yet another great report of an orange light. What the hell are they??? 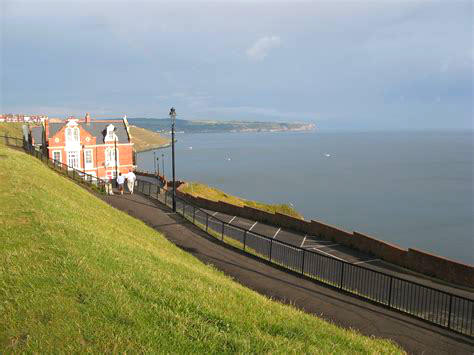