I was attending a motorcycle rally in Yorkshire 5th - 7th of August 2022 about halfway between York and Selby.

In the camping field where my tent was pitched, along with many others, a dumpster and a pile of logs had been set out so we could have a bonfire at night after the festivities were over for the day in the main rally area.

On the first night of the rally I was standing around the bonfire at probably around 2am with somewhere between 30 and 50 other people just chilling out before going to bed. The night sky was cloudless and the stars were very clear. What moon there had been was out of the way by then and it was a stunning, clear sky of stars. As I was casually looking at the beautiful night sky directly overhead I noticed what was obviously a satellite, a little bright pinprick of white light going along in the same manner as I’ve seen countless satellites before. It passed over as normal and disappeared into the distance and for a few minutes I was just looking at the very clear night sky full of stars. It was an unusually good view that evening.

Then in the same pathway as the previous satellite I saw a pair of orange lights that in every other respect behaved exactly like the satellite I’d just watched go over, same trajectory and speed etc. They were moving slowly across the field of stars and had I not already been looking right there I would never have noticed them. They were separated by roughly a little more than a hand’s width of an outstretched arm. One of the lights appeared dimmer and slightly behind the trajectory of the first, brighter one.

I found it curious that what I assumed to be satellites were glowing orange instead of the usual bright white I was used to seeing. As they came to almost directly overhead I saw what appeared to be another perfectly normal satellite coming across the sky from the opposite direction, heading directly toward the orange lights. The satellite’s trajectory looked like it was going to pass very close by the brightest orange light, so I just stood there watching these things slowly close in on each other until they crossed paths directly overhead. The bright white satellite did indeed seem to pass right across the most prominent orange light from my vantage point.

Just as the satellite intersected the with the orange light the pair of orange lights stopped dead still in the sky, but the satellite kept going. They didn’t slow down or change position, they just stopped dead against the background of stars, and the satellite passed on out of sight into the distance just as satellites do. The two tiny orange lights stationary in the sky directly overhead just looked like a natural part of the star field now. If I would have looked up only then I would not even have noticed them because they weren’t moving and they weren’t abnormally bright or stood out in any other way from the rest of the stars, but it was their movement across the sky in the first place that had drawn my attention initially and now they were just stationary.

I could look away and back again and find them in the sky because I’d mentally logged their location in reference to certain stars I could see. I found it all very curious and mentally tried to find explanations for how these two orange objects, that appeared at first just like satellites, could just stop dead still in the sky. I wondered if they were some man made craft that was operating in the satellite zone, maybe something military. But it was the way they just stopped abruptly that seemed strange. Over the next fifteen minutes or so I kept glancing up to see if they were still there and I could always find them by referencing the stars I’d used as locators. The objects did not change in intensity or position.

Finally, I looked up again and they were just gone.

It seemed that there were just too many lights for too long to be disregarded as simply two lines of starlink satellites. It was also noted that there was a military transport plane in the area at the time of observation, which was a USAF C17 Mk III Globemaster.

Many Thanks for the continuing research on these sightings that you do. All the best of regards.

Again, more orange lights in the sky that defy obvious explanations. Thank you very much for this full and detailed report. 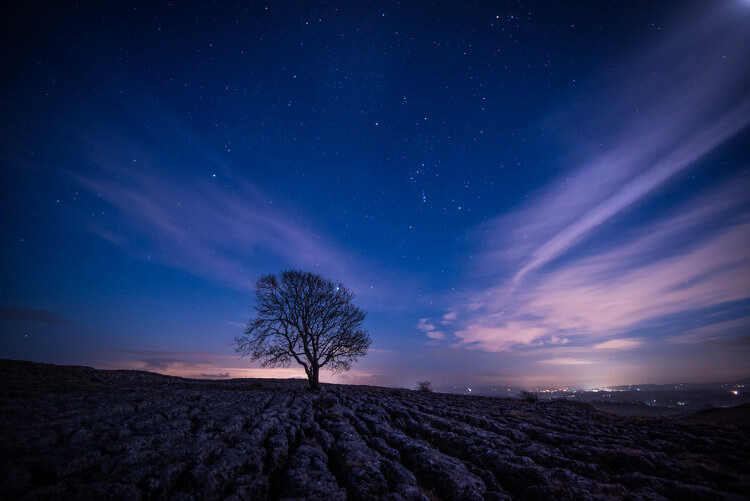