Just reading beyond reasonable doubt – which is brilliant by the way – I’m on page 161 with the image of the oblong bright light when you was up on Bempton.

I have a photo of a similar image that I took a couple of years ago on Blackheath in SE London looking towards Canary Wharf and the city.

I was working right next to where I took the photo on a flat refurb and was leaving for the day and decided to take some photos – I normally take before and after photos of my work with my iPad . The location is Blackheath in SE London which overlooks Greenwich Park, the River Thames and across to the city and Canary Wharf.

I hadn’t noticed the object at the time as I was just taking photos of the view and only picked up on it a couple days later when I was looking at the photo. I had actually forgotten about it until I saw the drawing in your book of the bright oblong light / object which jogged my memory. I have shown it to family and friends and a few made comments that it looked like a door – well at least the shape of a door or an opening.

It’s also only about 2 miles from where I had my Black Triangle sighting many years earlier as a kid.

reported to Paul by Martin C

Thanks for this fascinating report - they are always better with pictures! 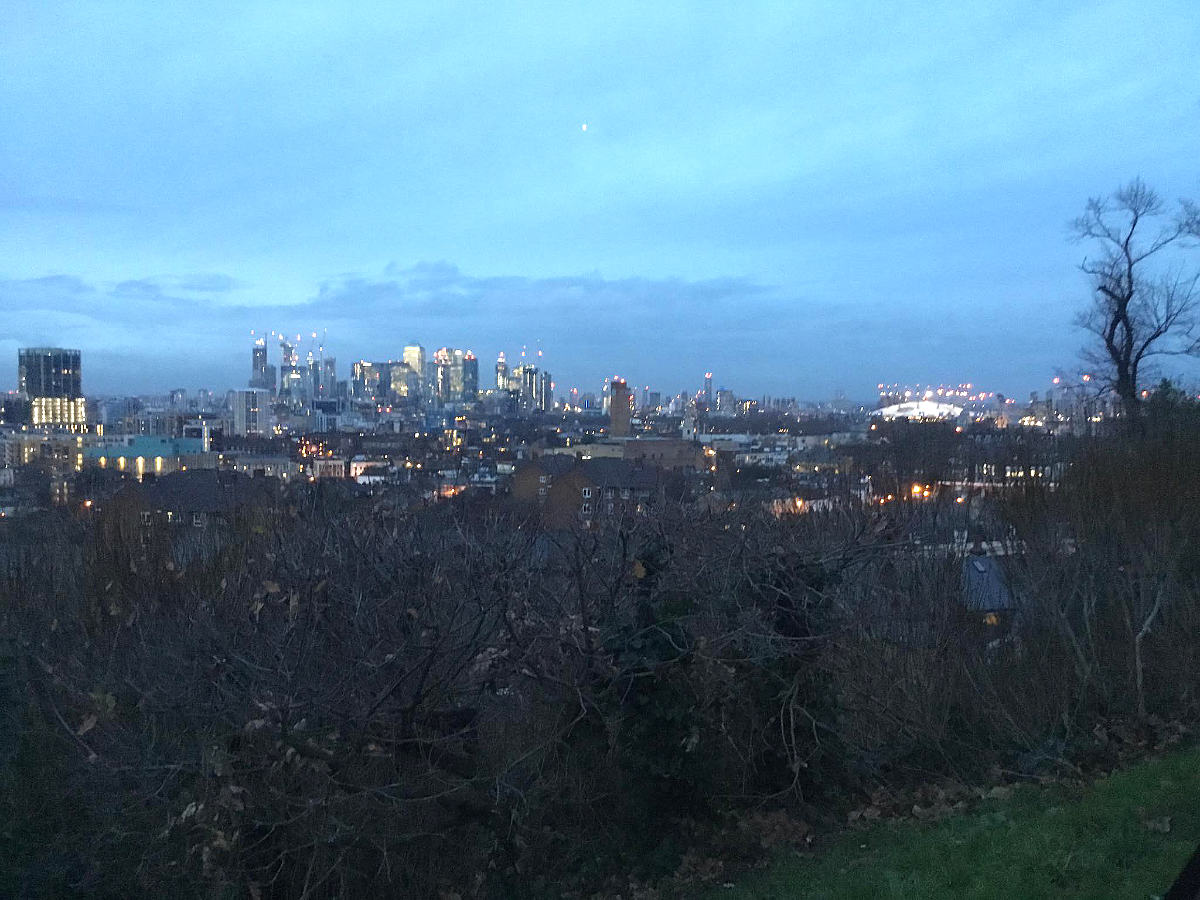 the witness's photograph of Blackheath showing the object 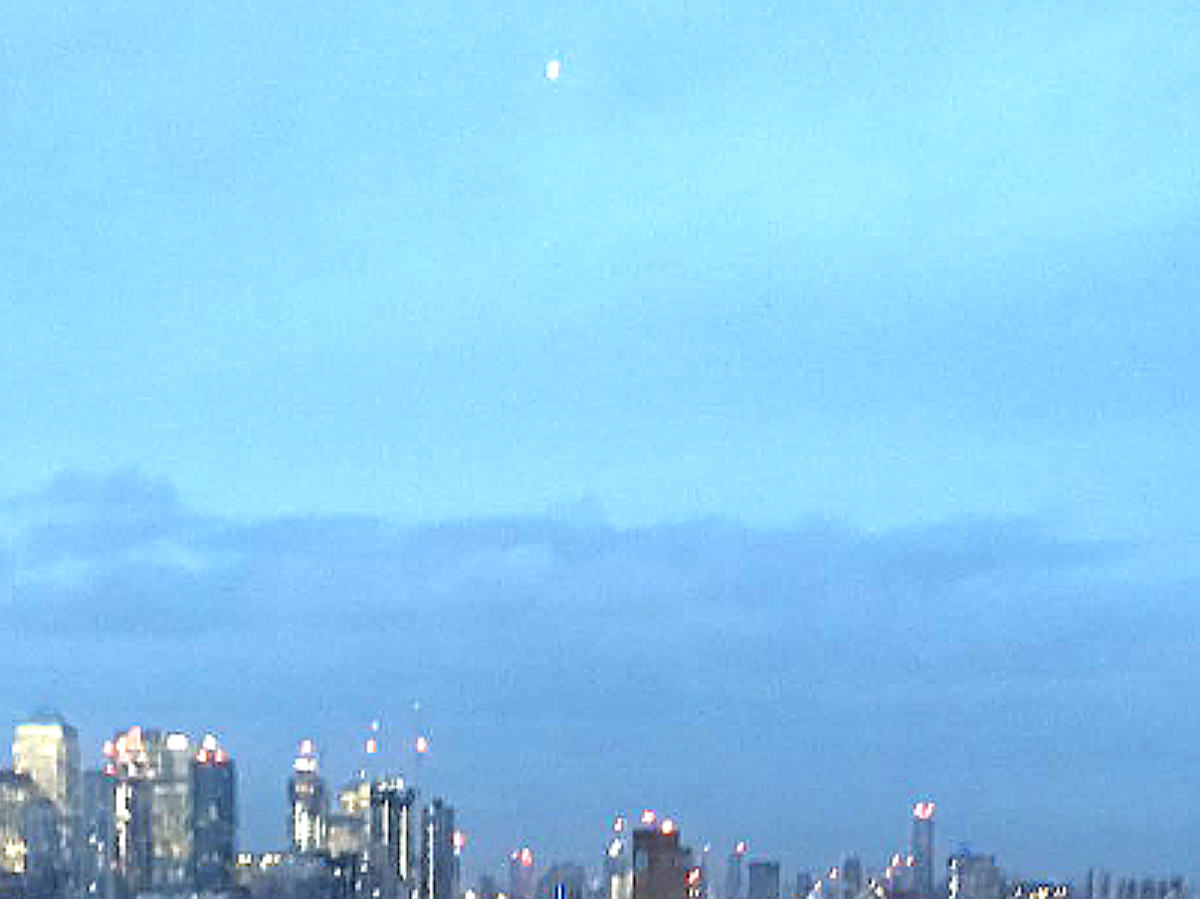 blow-up of the above