I have witnessed something right strange..... a flashing light out towards the sea. Definitely not a boat, it was in the air. It's was about 8 o'clock Thursday the 11th of August. I went for an evening walk down the cliffs from our camp site, the blue dolphin holiday park. I got to the cliffs had a nice long walk over to the Clayton Bay beach.

I began to walk back to the camp site just after 9pm.....

Taking a nice slow steady walk back, as I got near to my camp site I saw 2 flashing lights that looked to be further down on the beach. I hadn't seen them the night before on my evening walk thought it was a bit odd as it was a not fixed light or as bright as one light that I could see over towards Scarborough. I lost sight of the light as I walked around the cliffs to my camp site but then to my surprise I could see more lights appear out over the sea. It was about 9:50/9:55. It was getting dark and there was fog out to sea.

As I looked out to sea, I saw 1 of the lights I had seen on the coast line earlier. Well it looked the same. Then a second...then a 3rd! And a 4th one appeared over the sea. There was a ship out to sea with 2 big bright lights on so I know what I was seeing was most definitely not a ship and they were much closer.

Then I saw another 4 lights that started from right to left, the 2 in the middle was in a straight line, one above the other (about 35 - 40 feet apart.) From where I was standing I saw the first 2 white lights on the beach before I saw the lights out at sea. They were about half a mile 3 quarters of a mile away tops and they didn't make a sound and it was oddly quiet.

I do a lot of exploring tunnels and old buildings, so I know a bit about head torch and flash lights. I am not an expert but I can definitely rule them out. They all looked to be about the size of a tennis ball from where I was standing.

I forgot to say that the 2 lights on the beach seemed to shine down towards me then shine at the cliffs, but not out to sea.

reported to Paul by Adam H

Thank you very much Adam for this report. If I say it is typical, that does not belittle it. It is just that we get so many reports involving lights or groups of lights that defy conventional explanation. I trust you had a good holiday on our coast! 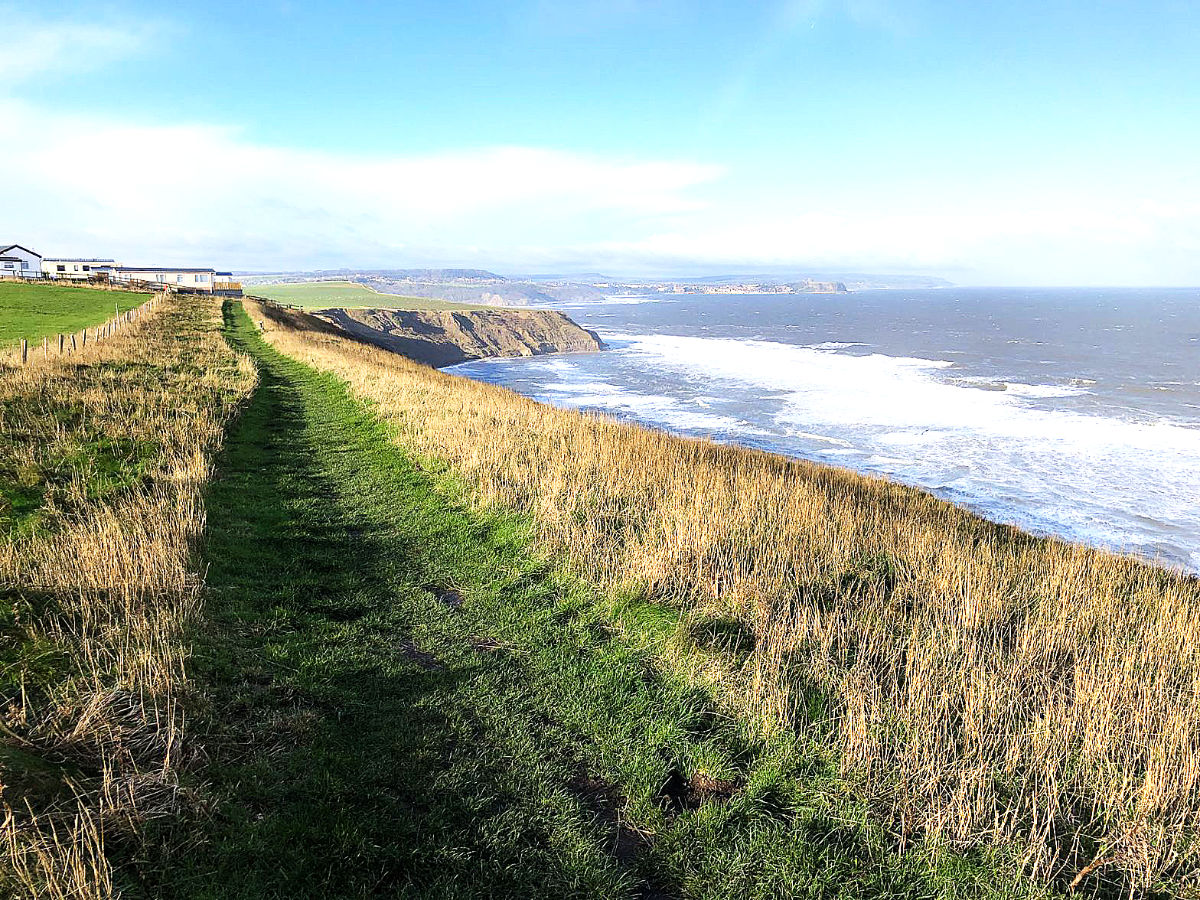 a general view of the coast in the Cayton area