Some things are true whether you believe them or not. This is one of those stories, but it started off one day in Daniels Park on a beautiful sunny summer afternoon. My boyfriend Larry and I had brought a picnic to the site as it was close to my home in Littleton, Colorado looking forward to a scenic afternoon together. From the park, you can see Pikes Peak in the South, Mt. Evans in the West, and Longs Peak in the North, but we had no idea the sight we were about to see and it wasn’t listed in any brochure that might have been available.

We had just finished the food we had brought with us, shared on a picnic table situated close to the edge of a small cliff that overlooked the Rocky Mountains. We took the remnants of our food to Larry’s car, placed what remained in the truck and meandered over to a tree that stood in front of the cliff. There was a valley beyond the tree and beyond that valley were the Rocky Mountains.

Larry stood on one side of the tree and I on the other side in awe of the sights before us. We didn’t say a word, just looked at the view enjoying the pristine air, the trees below in the valley and the Rocky Mountain range, so close we could see the green of the pine trees.

We must have been standing there for several minutes not saying a word, when something came into view that startled both of us. As we watched, three objects came flying over the trees at great speed and so close they should have touched them. They quickly dipped down into the valley and hoovered over the ground. I wasn’t sure if I should say something because once those words left my lips I was sure Larry would think I’d gone mad, but discretion was not something that was needed at that moment.

And so the words came out of my mouth, “Larry do you see what I see?” Larry being as stunned as I was said, “What is it you’re seeing?” Now the cat was out of the bag and it was time to say what I was seeing.

“That looks like flying saucers to me. What do you see?” At this point I felt a sense of relief flowing over Larry although neither of us moved an inch from our positions. “That’s what it looks like to me.” Larry stated still in awe at what was transpiring before us. I could hear it in his voice.

And so we stood there watching three flying saucers as they flew halfway between us and the Rocky Mountains and then stopped in midair. A rational moment was somehow needed so I asked Larry if he thought they were government vehicles, did he see any numbers on them. Of course no was the answer that came back from Larry which agreed with what I could see from my location.

What followed was a four minute conversation between Larry and I trying to make sense of what was happening. By now one of the flying saucers had gone down to the ground and the other two hovered over it. As we were trying to figure out what they were doing one of us moved but I’m not sure which one. I was too absorbed watching those saucers. The one on the ground had about a three second delay and then flew up to the other two saucers. By now my mouth was hanging open as one of the saucers started flying toward us. My mouth flew shut as I yelled to Larry we had to get out of there.

We ran to his car as fast as our legs could carry us, arriving at the car as Larry dropped the car keys in his haste to open the door. “Hurry Larry, it’s almost here.”, as panic took over and all rational thoughts flew out of my head. Larry backed up the car and started moving forward toward the road that had brought us to this spot just as the saucer started hoovering over our car.

Just as a child is convinced sheets can protect them at night from scary sounds in the middle of the night, I calmed down surrounded by the safety of our car and looked up at the saucer hovering over us. I looked at the size of the saucer, it was about 15 or 20 feet across, as far as I could tell from that location, and the bottom of it was a smooth looking type of metal without any rivets or seams of any kind. There was no propeller and no dust flying around us. It seemed as if the saucer was flying by some unseen force as my eyes gradually went up to the top of the saucer base. There were clear looking windows in a circle above the base and I held my breath as I looked up in hopes of seeing what was driving this vehicle. When I looked into the windows, all I could see was the top of the ceiling.

It was bright and sunny when I looked up and just as suddenly it was almost dark outside with me not wondering why there had been such a sudden change in the light. Larry and I drove off into the now dimming light as the flying saucer returned to the other two saucers and flew back over the Rocky Mountains.

I was so excited on the drive home telling Larry we needed to report this incident. We had seen this in broad daylight, we hadn’t been drinking anything alcoholic and both of us witnessed this event together. He turned, looked at me with his face screwed up a bit and said he’d lose his job with the Air Force if he reported what we had seen as he was in training at Lowry Air Force Base. He made me promise I wouldn’t tell anyone, not even my parents as he dropped me off at my home that evening.

I would have thought that would have been the end of our adventure, but I was surprised it wasn’t over yet. A week went by and I was sitting in the shade of my home in the cool grass when a black car came driving up and parked in front of my house. No one was home at that time; as a matter of fact no one was on the street at that time other than me and this black car. I was startled to see two men come out of the vehicle. I was startled because they both had black suits on despite the fact that it was so hot that morning. Who’d wear black suits in this weather was my only thought as one of them approached me and the other one stayed by the car.

It’s difficult remembering that conversation other than a few significant items that have stayed in my head and will forever remain there. He talked about what I had seen that day at Daniels Park, said that if I ever told anyone about what I’d seen my father would lose his job at Martin Marietta and they would make sure he’d not be employed again. He was working on the Titan Missile among others things at the time. Who were these people, how did they know my father worked for Martin Marietta and how did they know I was there that day? I was in Larry’s car, not mine. I thought it was silly threatening me when I had told Larry I wouldn’t say anything, but I guess they hadn’t talked to Larry. I got a hold of Larry on the phone later in the day and was met with another surprise.

Larry told me they had been to see him and now he could never see me again. I asked him over and over what they had said to him but he refused to tell me. He just kept saying he’d lose his job with the Air Force if he ever saw me again. I hung up the telephone puzzled and sad. I had lost someone who I found to be very special to me and all because I’d seen some flying saucers in the summer of 1965.

I didn’t tell anyone what I had seen that day so long ago in Daniels Park for concern my father would lose his job with Martin Marietta, but I would have been released from that when he died. I still kept this story quiet because of other factors that had come into play including my job with the government at that time.

To add to the silence that has persisted about this episode for so long beyond my own retirement goes the saying “Repeat something often enough and it becomes the truth. If everyone is saying the same thing, it must be true. No need to look into it and think for yourself.” By the time I was released from my protective silence for my father, Larry and myself there are others who might be harmed. That is how the silence persists.

I am now 77 years old and trying to make sense out of what has happened to me my entire life. The UFO sighting was just part of it.

reported via the Truth Proof website by Sigrid S

What an amazing life-changing report with such a sad denouement. Potentially a definitive proof. If only you had had a camera and other witnesses.... Thanks so much for taking the time to write to us. According to the internet, Littleton continues to be a UFO hotspot to this day. 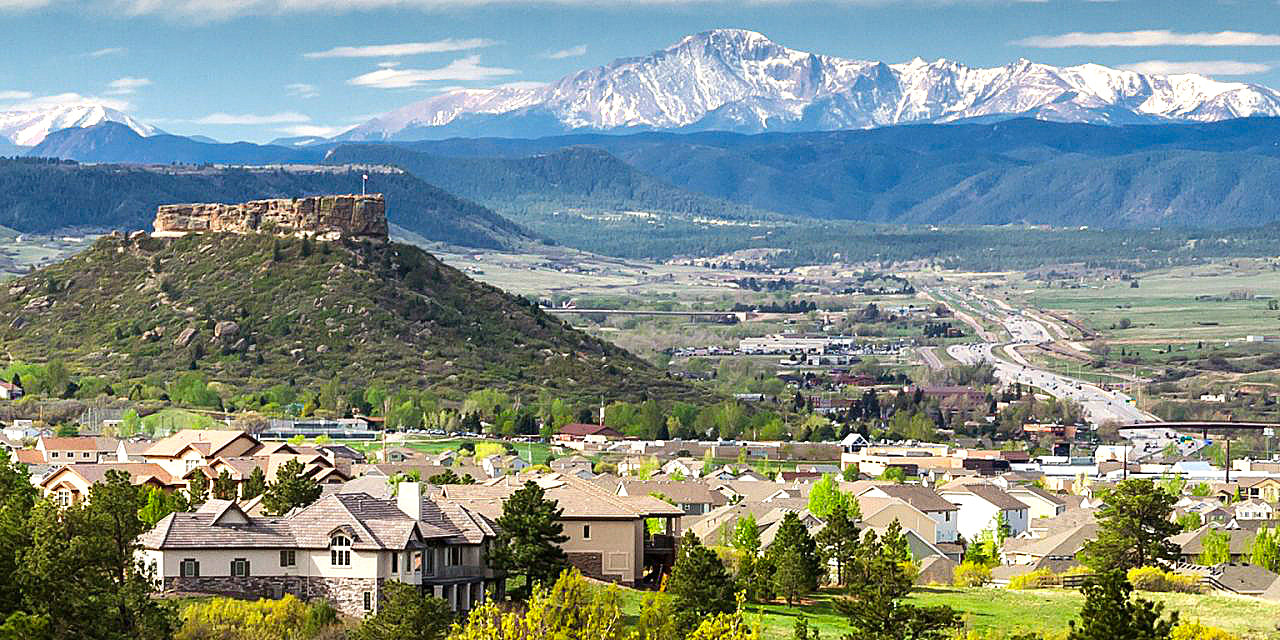