Reported via Truth Proof website25th May 2022

I am just reporting another one of those flashing orbs of light in the night sky.

I arrived home from work just after midnight on 25/5/22 and noticed it was a clear sky above, so I decided to spend a short time looking at the night sky. At 0014 hours I noticed a high number of feint lights moving about directly above, going in many different directions. I then observed a bright white light moving from south heading north.

Although it was initially bright, it then began fading down and disappearing before brightening back up and fading out again. It did this as it moved slowly and steadily across the sky, until then fading out and then it began slowly flashing.

I continued to observe it flashing. As the light was about to disappear behind a tree, it flashed and then seemed to zip sideways, turning at about a 60 degree angle and flash again once more before going out of sight. This orb did not make any sound, and it did not have any kind of condensation trail or navigation lights.

This phenomenon was observed over the village of Wetwang.


Paul: A lot of strange things seem to happen over Wetwang! From our discussion we concluded that maybe this could be an iridium flare, but we will post this - in case we are wrong. It might also give a clue when evaluating other sightings. 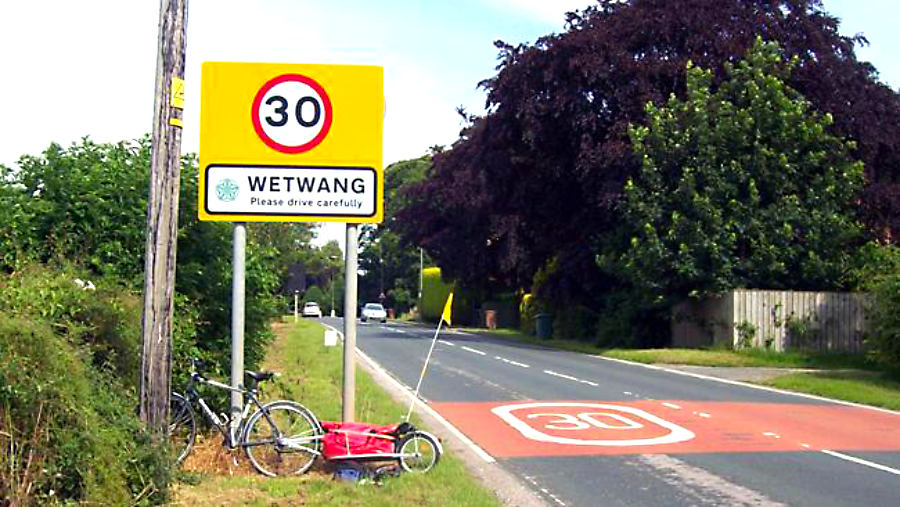