It was about 1995, and we were outside of Penrith New South Wales, Australia – along the Nepean river road close to the sewerage works. It was the back road to Richmond NSW where my first husband was stationed in the RAAF.

It was around 1300hrs and we had been shopping at Penrith and were returning home as he had a night shift starting at 2000hrs; his name was Phillip and he worked as a Communications Operator.

As I said, we were driving along the road that follows parallel to the Nepean River where the Blue Mountains come to an abrupt end. We were traveling past the sewerage works and were looking directly at the end of the Blue Mountains. As we rounded the corner, it was a 60km/hr zone (traveling quite slowly) we saw directly in front of us this massive – and I mean massive – triangular UFO. It appeared at the end of the Blue Mountains at the cliffs and it was right beside them like it was trying to 'hide'. That was my impression.

IT HAD MASS AND WAS SOLID AND MECHANICAL IN APPEARANCE.

I slowed down to get a better look and I didn't allow my emotions to interfere with my observations, I worked as a Prison Officer and was an observer and recorder by profession and nature. Professionally, I was known to be clear thinking, a problem-solving unflappable human machine that always did exactly what I was told.

I looked at my husband, Phillip, and he appeared to have a rather shocked look on his face as his jaw was slacked. He immediately and quickly ordered me to speed up and not look at it. He immediately, while giving me these instructions, put his face between his knees and refused to look at the machine. I said, "f**k off, I'm having a good look". I slowed down to about 20kms and I noticed that the car behind me had slowed down also. I think it stopped and looked at the machine because later when I looked again it was gone.

I heard nothing, I wound down the window and stuck my ear towards the outside. I still heard nothing, no whirring or buzzing – not a sound. I kept looking and trying to commit the sight to memory. I turned the right-hand turn to now travel parallel beside the Nepean River. I am now surrounded by farms, the sewerage works are behind me. I am still watching the machine and am now slowing to a complete crawl. I had traveled about a kilometre. My husband was now screaming at me and I mean at the top of his voice to "f**king drive off you f**ked up c**t". I'm saying "No! Retard, this is a view of a lifetime." He's now screaming at me to not tell anyone, and if I do he's for the high jump and will lose his security clearance. He also did a bit of intelligence work too.

I said, "Keep looking at the floor. I'm getting a good look". He's now bending over and trying to press down my foot on the accelerator with his hand. I slapped him hard with an open hand and said 'Snap out of it you weak pr*ck', (In doing this I took my eyes off of the machine, I was ducked down towards him at this time and looking out of the passenger window.) Looking back at the machine it started to move. I saw it move its outside sides in towards the middle, making the shape into more like a spear point. Similar to a child's paper plane. I believe the 'holes' which were sided and regular like reverse cogs actually moved like a machine would change its shape.

It did not make a sound to break the sound barrier at any time, no humming when it changed shape or buzzing. Nothing! After a couple of deep breaths, I then started to speed up when I got to about 40kms. A farm vehicle passed in the opposite direction slowly, and the driver, a man of about 65 years, with grey hair was driving it. He was slack-jawed and looking out of the driver's window. I believe he saw it too. I didn't stop and speak to him as my husband was now in full panic mode and mentioned that if anyone found out he would lose his job.

He meant it. He was terrified. I saw it in his face. He loved his job and we split up about 2 years later. It took me until about 20 years later to tell my mother and my now husband what had happened and what we had seen. I only felt able to do this as I believed he would have been retired from the airforce and I felt safe telling of my encounter. It felt that it would not have created any actions that he would have to answer. 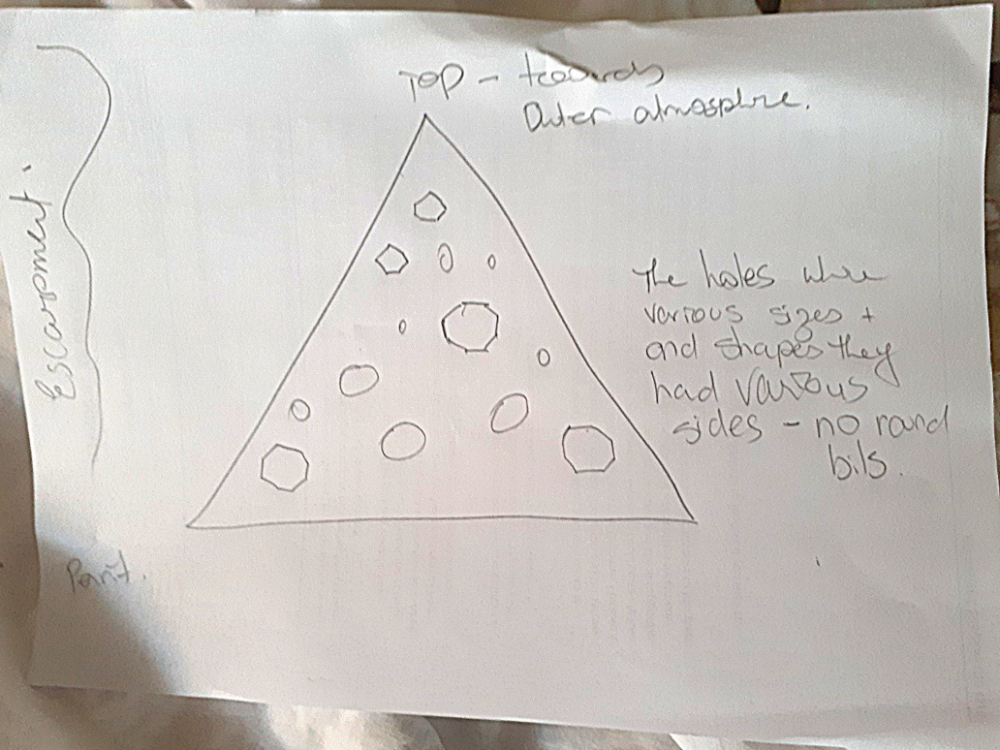 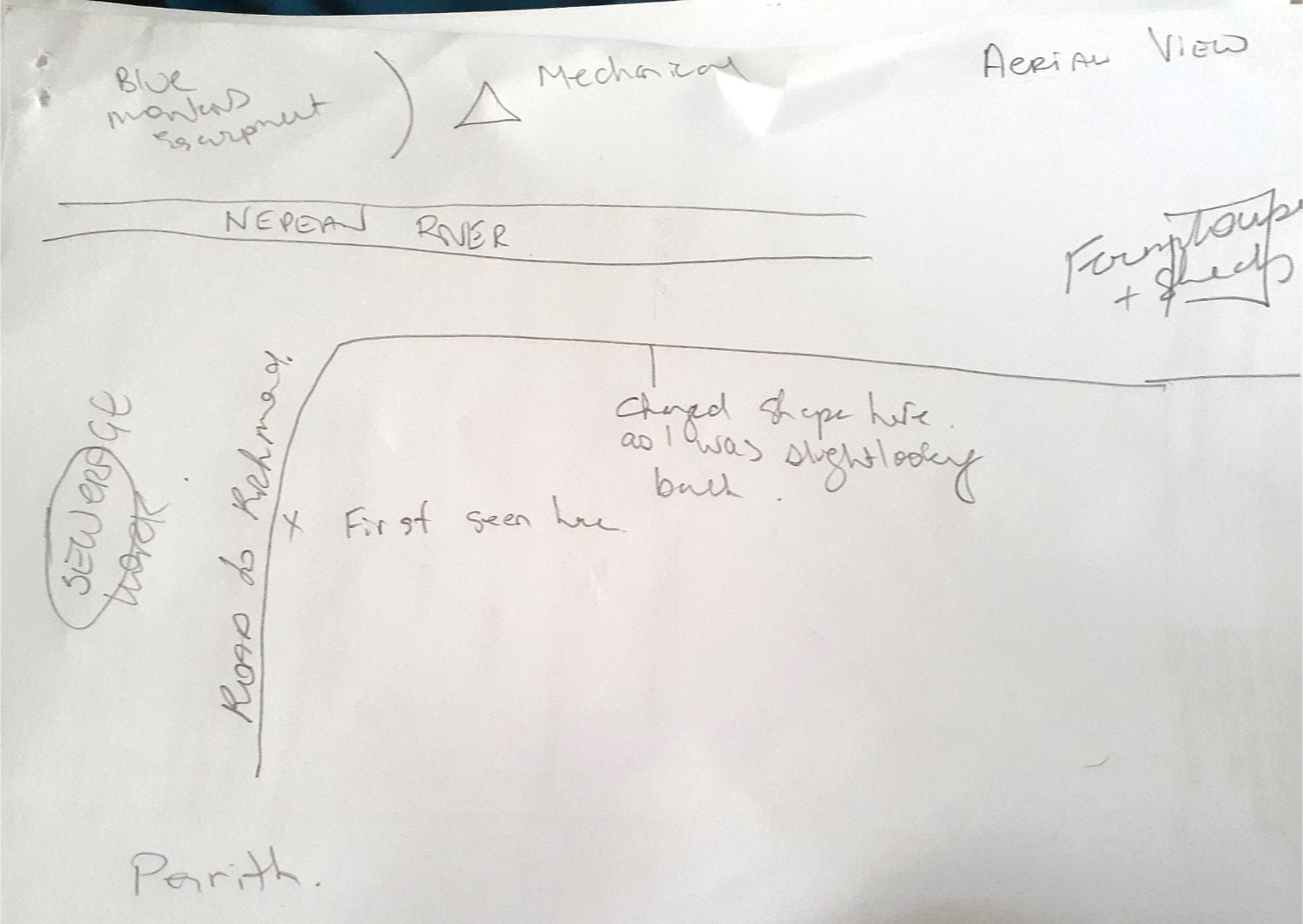 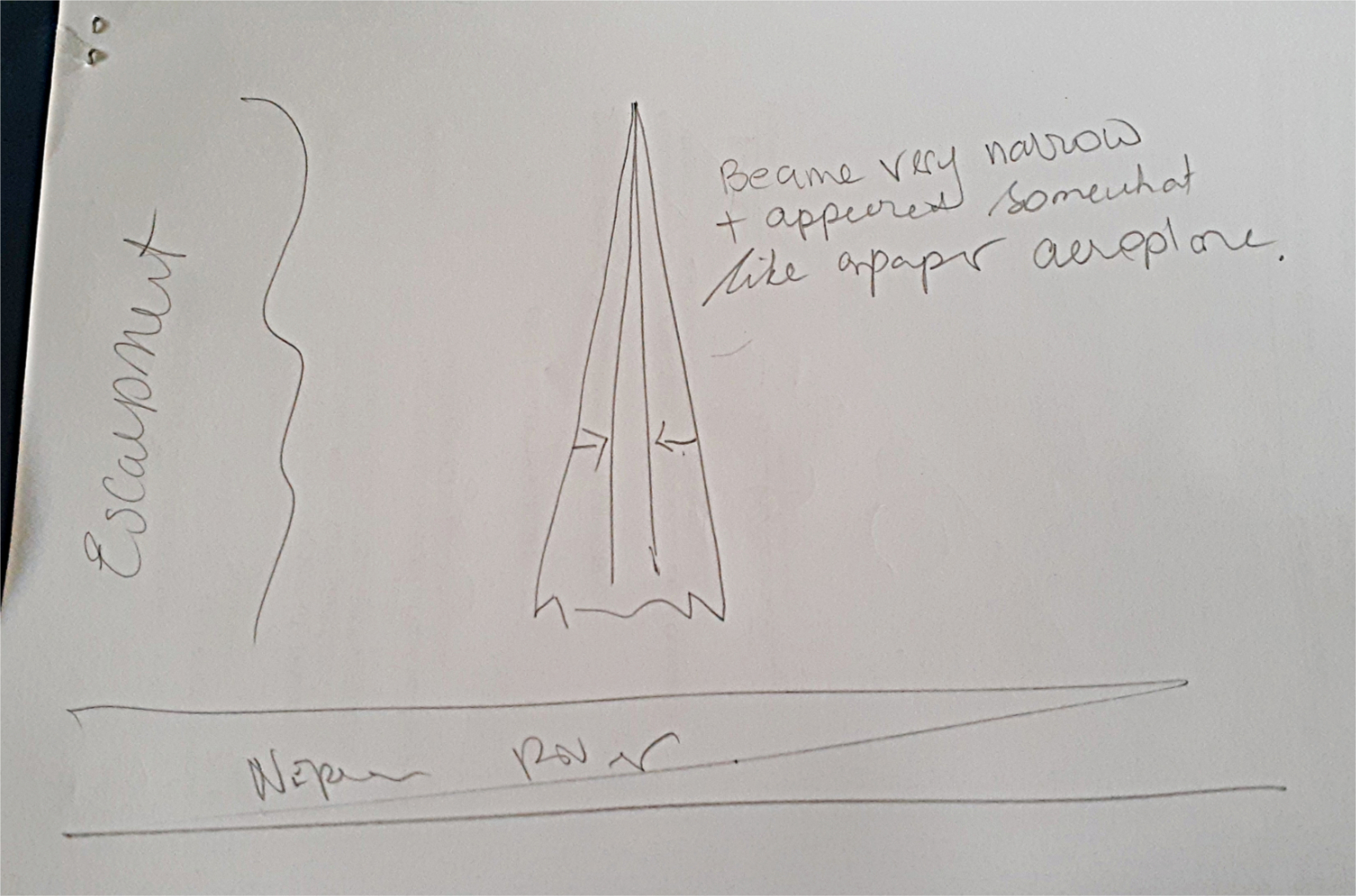