Hi Paul. About 5 years ago, myself and the family which is me, my wife and two children and were on holiday in West Argyll on the west coast of Scotland.

We stopped near a place called Ormsary, on the B8024 Road to Kilberry. There is a beach accessible from a roadside gate that leads to the Loch — just a very short walk.

We had just been there 5 minutes or so when I turned to face where the road was in front of me, so my back is to the Loch. In front of me was a white cottage, but behind it was a large typical Scottish hill. Not the size of something in the Highlands but big enough. Something caught my eye right at the very top of the hill. It was a white triangle.

It was moving about the peak of the hill and it moved like the girl did in the film The Ring. All juddery and weird.

I mentioned it to my wife who came and looked and she saw it as well. A pure white triangle. It moved down the peak, like gliding across the grass. It stood out so much against the hillside and its movements were decidedly odd with jerky and gliding motions. It remained facing us and didn't appear to turn even though it covered a large area of field/hillside. That didn't appear to be possible.

Then within a few minutes it glided back up the hillside peak over the top of some trees at the very top, and was gone. It looked like a landsail buggy but it moved at right angles and never turned which was very, very weird. Plus there was no way a landsail buggy could have performed on that hillside.

We have been bothered about what we saw for all these years. Have you ever had reports of this type of phenomena???? I include a few street view pics


Paul replies: thanks for the report Paul. Triangles seem to be a common phenomenon of recent decades. Try putting "triangle" into the Search box on our reports page. Triangles are sometimes reported as black triangles, but a white triangle might look black against the sky. 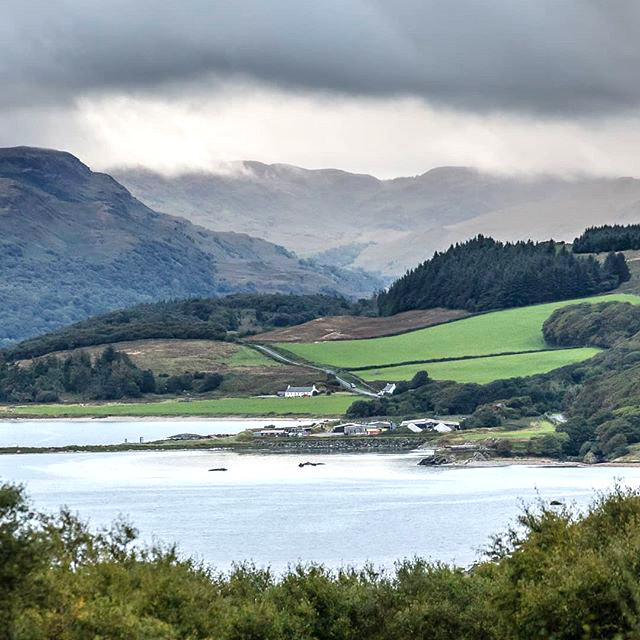