Report via the Truth Proof websiteJanuary 1985

Hi Paul, thought I would post one of my sightings that I had sent to you previously, I had three sightings in the mid 80s and this one the first, I have the month and year for.

It was January 1985 and I had meet a friend of mine in a local pub, he, as usual wanted to go down town to a club and after some persuasion talked me into going with him, we had arranged to get the last bus into town, he would go home and quickly change and meet me at the bus stop.

I got down to the bus stop about 5 minutes before it was due and began looking at the clear sky above me, it was a crisp winter's night and the stars were shining brightly as we were outside the city on the edge of the countryside.

All of a sudden I noticed a group of stars almost above me and thought to myself, that's a cluster I have not seen before, about 8 or 9 in a group close together, I then noticed that they appeared to be moving, very slowly and sure enough they were, the lights then moved into a near circle, still moving very slow, and with that one of them took off from the group and shot across the sky (north) to the horizon in a split second, gone in a flash, well, I just stood there in absolute amazement then looked at a man that was with me waiting for the bus, he was looking skyward, (probably wondering what I was looking at) and I said to him, did you see that and he just turned to me and nodded his head in confirmation.

Just then I could see my friend walking towards me, the bus arrived, we got on and I told my friend what I had just seen, I was still very shocked and dumfounded and told him the other man that had got on also saw it.

The lights, I got the impression they were in orbit or very high up which would of made them very big, at least jumbo jet size, they were all bright white colour, there were no other colours in or amongst them.

This happened in Paulsgrove, Portsmouth on Allaway Avenue. 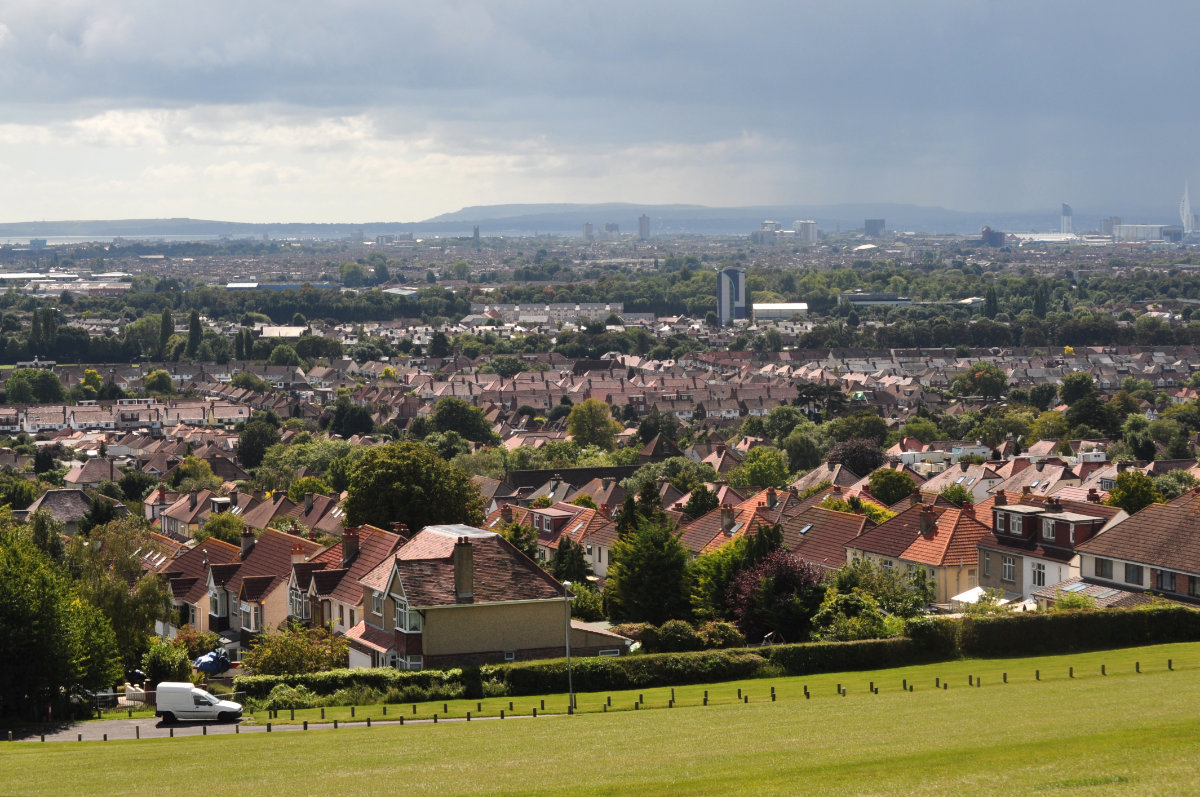 A view from Portsdown Hill towards the solent overlooking part of Portsdown in the foreground.