The object was seen over Stock Dale Farm/Daisy Hill Rd, Hull Burton Pidsea, East Yorkshire - that is 23 miles from Bempton. I note that because of the object's close proximity to the wind turbines and the fact that 25 hours later on New Year's day an electricity pole in Bempton mysteriously caught fire and snapped four feet from the top. See report 128.

Both events could be pure coincidence and have no connection to the other.

Wayne was out riding his bike in Burton Pidsea, East Yorkshire when he saw the UFO. It was New Year's eve and the time was approximately 2.25 p.m. when he first saw it. He noticed a white light above the farmhouse in the distance that seemed to be moving very fast. So he stopped to watch it, thinking at first that it might be a plane of some kind. He decided to take a few landscape photos and he managed to take two pictures one after the other. Seconds after taking the first picture the light shot off to the left and disappeared.

It is difficult to determine the object's actual size because it could be much further back from the farm building. But if is above the barn it is at least as big as the white panel below on the gable end of the building. Unfortunately the image quality of the picture is not great, but Wayne did manage to get a picture. Well done!

Paul on behalf of Wayne Bear 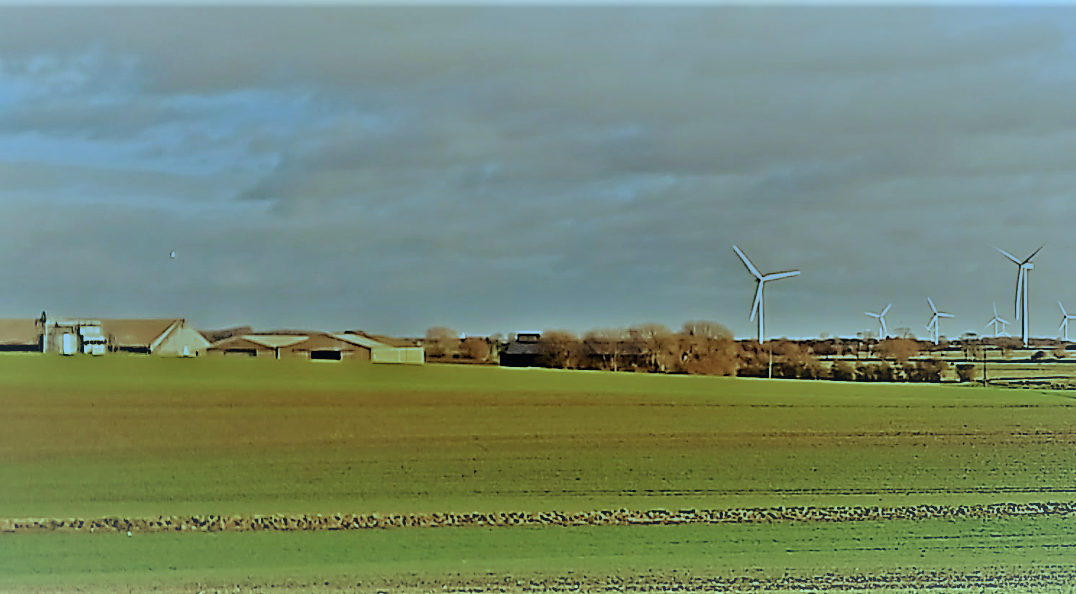 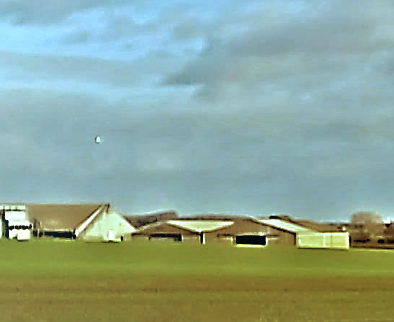 Wayne's photograph of the UFO. And a blow-up. Although the picture quality is limited it clearly shows an anomalous object.