After finishing night shift on what used to be ICI Wilton site near Redcar, myself and a work colleague were driving home, this will have been approximately 05:45 am.

We turned a bend whilst still on site a very large black cat glided across the road in front of us. This cat was at least the length of one lane, with a large tail. We both looked at each other at the same time saying "Did you see that?". I stopped at a security gatehouse to report the sighting and was told it was probably someone walking a dog!

Bear in mind this was a secure site not open to the public with every entrance controlled by a security barrier and gatehouse. This happened as far as I can recall in the early 2000's. My passenger to this day is as adamant as myself as to what passed in front of us. For your information, at this time land on site had been reclaimed as a type of nature reserve.

PS. I live in Royston, near Barnsley.

Paul says: One more black cat down this coast. Quite a list. There must be a large nest somewhere :-) 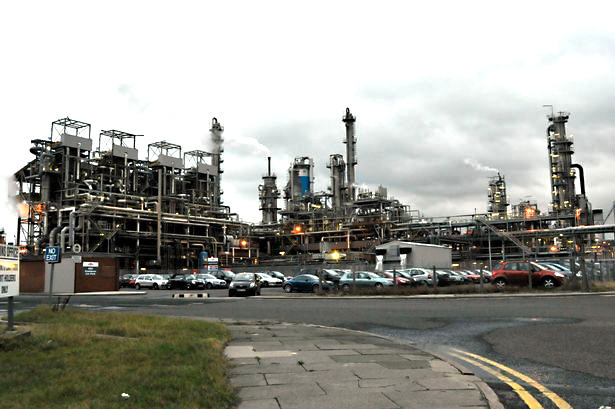