The second story came back to me whilst you were talking about dog headed men.

One night I was staying at my grand parents bungalow at North Landing, I was around nine years old. I was sleeping on a convertible bed in the front sun lounge.

As I lay in bed looking at the large curtained windows, I saw the shadow of what looked like a man walk in front of the window. But the bungalow had a very long front garden and the private road in front of the house was usually deserted even through the day.

I jumped out of bed and went and told my dad. He immediately went outside and walked around the house and looked down the road, but came back inside saying that there was nothing there. At the time I didn't tell my dad that it was a shadow of a man with a dogs head because I didn't think he'd believe me and it was only when you mentioned dog headed men or werewolves at Bemptom Cliff tops that the memory came back to me.

I have lived in Australia for the last 35 years but I will never forget the wonderful times I had at Flamborough and along the East Coast in the late 60s, 70s and early 80s.

Paul says: Thanks very much for sending in your two very different but fascinating reports. The other one is recorded under report number 116. Again, many thanks. 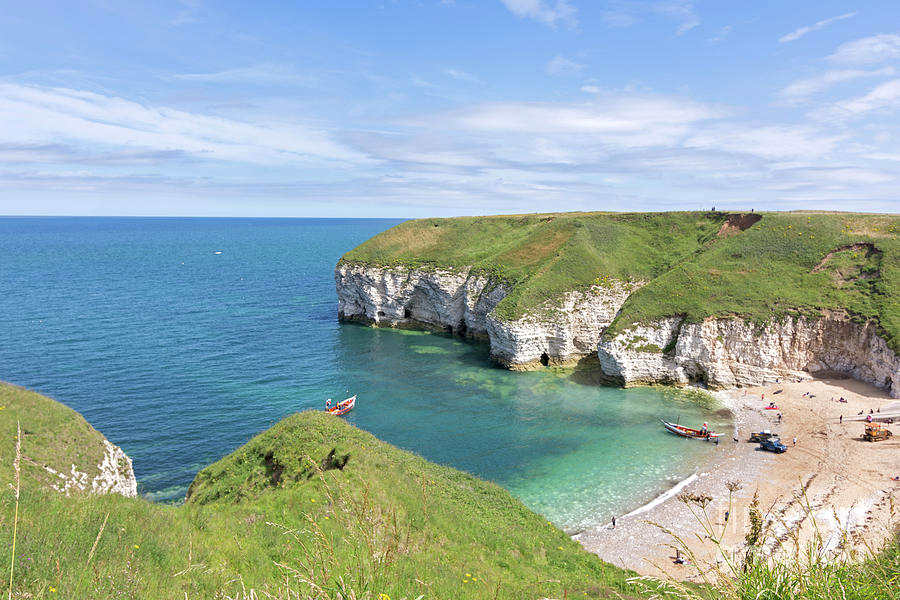 North Landing on a summer's day. Where do the werewolves and shadowy creatures go during weather like this?