On Wednesday 10th November 2021 at 08:39 hours, I was driving along the B1248 From the direction of Wetwang towards Tibthorpe when I noticed directly in front of me in the sky a silvery grey coloured object moving slowly across the sky from right to left.

It was an overcast day and was raining slightly, and the object almost seemed to blend in with the background colour of the sky. I saw the object pass by the trees at either side of the road as I drove up the hill very close to Tibthorpe. I accelerated up the hill to try and get a better view of the object as it went out of sight behind a tree on the left side of the road. In the few seconds it took me to get to the top of the hill, the object had disappeared.

I would describe the shape of this object as being slightly bulbous at the front with a narrower body at the rear. No wings, engines, tail fin etc were visible on the object. The object must have been around a mile and a half to two miles away and seemed to follow the A614 to wards the old RAF Driffield site travelling from West to East. I have dash cam footage of the section of the journey where this sighting was, however the sky is too bright for me to see anything on the footage. I noted also that there were lots of flocks of migrating birds heading in the opposite direction to the object (East to West), and after the object passed several flocks of those birds made a sharp turn to head North.

During the rest of the day, there were several flocks of birds which seemed to have landed between Wetwang and the Old RAF Driffield site and they kept taking off to fly very low in large groups, but were going around in circles as if confused or disorientated. 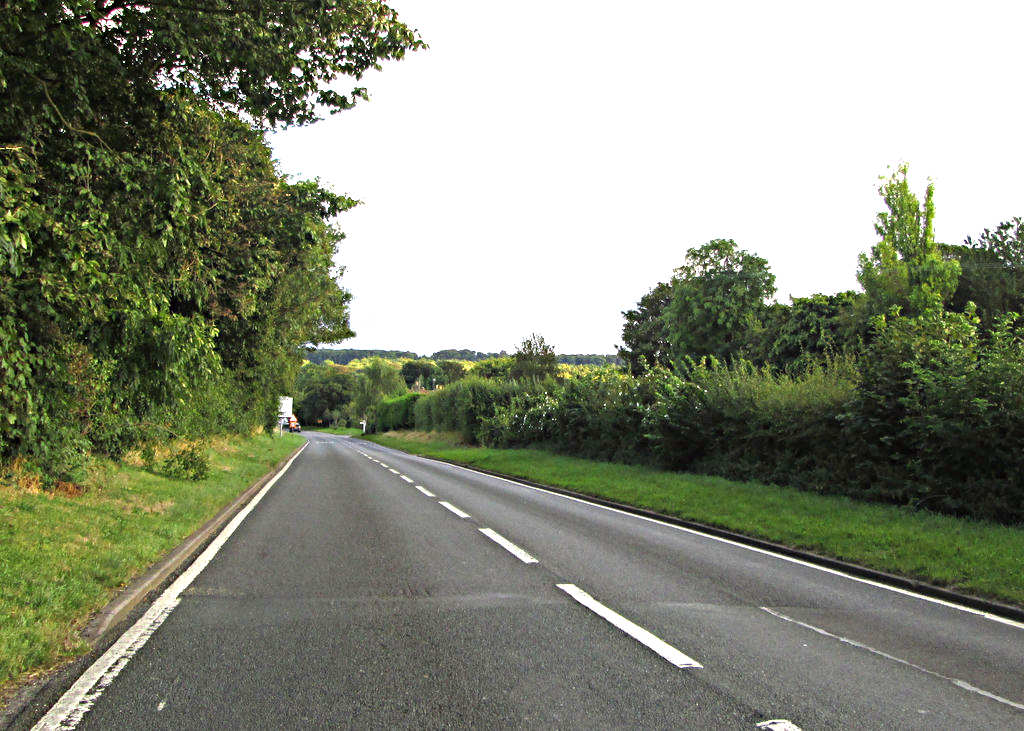