Reported via the truth Proof websiteSeptember 2021

Oxford-Port Meadow - early September- out dog walking - late evening and I was sitting for ten minutes watching the world go by. Glanced into sky and saw a bright orange object moving slowly and steadily across the sky.

We live near Brize Norton (RAF base) but I am aware of the flight paths for the R.A.F and this was not on one of them. It was coming from across Oxford moving towards the countryside. Also the object was solid orange which struck me as odd. It looked almost like the setting sun was creating the light on the object. There were no flashing lights, so definitely was not an airplane.

Watched for maybe 1 - 2 mins and then it blinked out of existence. Positive was not a helium lantern. Unfortunately I don't walk with my phone, so no phone.

Heard you on Howard Hughes. Thanks for collecting proof. Not saying this object was alien but it was not something I could explain.

Paul says: It seems that orange lights of one type or another are ubiquitous at the moment. I have contacted you, L, to ask if there is any more information we could publish. Or could you get a photo of the spot where you saw this?
Our data table tells us that we have received seven reports of orange lights in the sky which have actually been submitted by folk. I have heard say of many more. 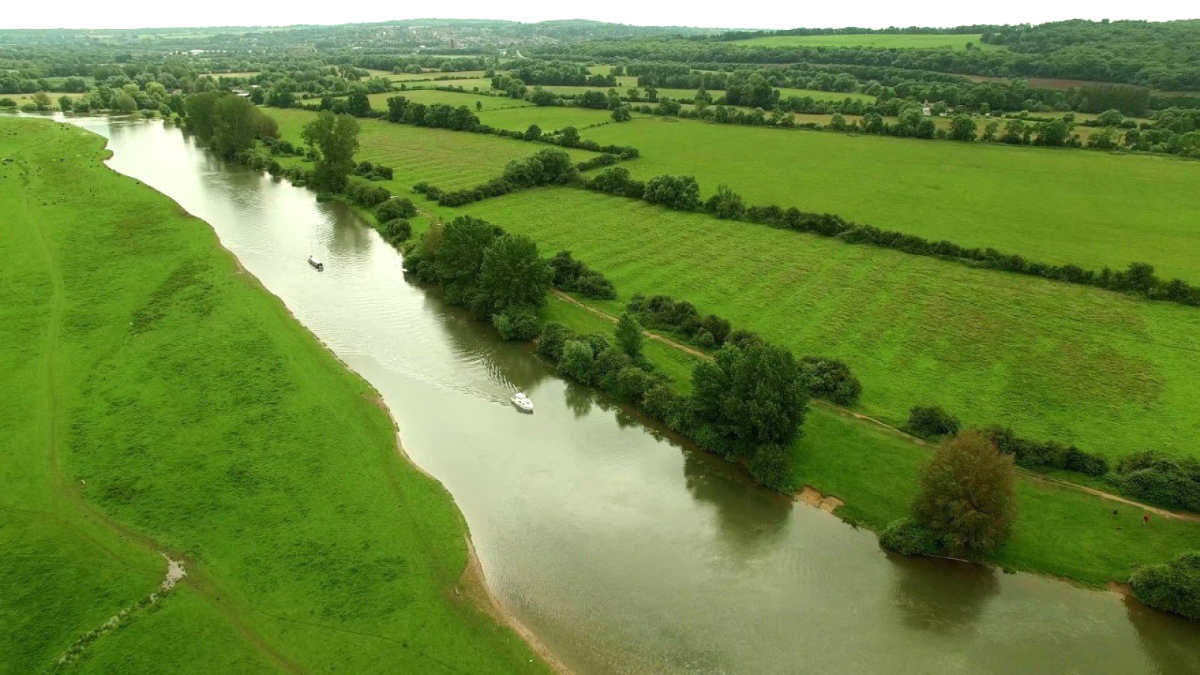 Port Meadow, the beautiful city of Oxford. Brize Norton is about 20 miles away.