Reported via the truth Proof websiteJune 2018

In June of 2018 I was in a relationship with a woman who had two girls from a previous marriage who were nine and eleven years old at the time. I was living in Wigton at the time and my then partner was living in Dumfries. We were conscious that it was important to introduce me to the girls gradually so we decided to go on a camping holiday in a small village called Caldbeck, around eight miles from Wigton.

The campsite was newly opened that year and when we arrived there were only two other groups camping at the time. We stayed there a week in total, the incident happened I think on the night of day five. The tent was a large four man and the main door was in the middle. Once you entered you were met with a centre compartment where my dog slept and immediately to the left and right there were two separate bedroom areas. my partner and I were in the right compartment and the girls were in the left. We went to bed at around ten pm.

I woke up at around 1am and was immediately aware there was a huge thunderstorm happening outside. I could hear the torrential rain on the tent and the thunder was so close and loud that I could feel the ground rumble underneath me. There was no wind. I looked over to the girls and they were fast asleep, and my dog was too. I was slightly taken aback with Beau, my dog, because he hated thunder and would bark if he heard it.

I found myself drifting off, but was brought back to awareness because I could hear a siren coming from the campsite that raised and lowered in pitch, it didn't sound like a car or house alarm. I almost felt like I was in a dream state. I looked towards the zipped up entrance of the tent in front of me as I was lying down and I could see a shadow shape dissolving into the entrance. It was black in colour, and I could see it's left arm slowly materialising, followed by its shoulder and one half of its large head. It was moving very slowly towards the girls' compartment.

All I could remember next was waking up in the morning. On waking I discussed the storm with my partner and before I could tell her about the siren and shadow shape, she told me that she was woken in the early hours too, and heard the siren. She told me that she saw a shadowy mist form that was actually IN the girls' compartment hovering above them in between the inner and outer layers of the tent reaching down for them. She then told me that I shot out of bed and scrambled to put some clothes on, telling her I had to go out to see "it". I was told that once I was dressed I ran out of the tent in the rain with my dog, and was gone for at least an hour. I have absolutely no recollection of doing this.

I moved in with my partner in Scotland some months later but we unfortunately broke up, and I had to move home to Wigton four months ago. I go back to the location with my dog on most days because I feel drawn to the area somehow. After hearing of other stories in the area I am looking to form my own research group to cover the Cumbria Lakes area.

Don, webmaster writes — Thanks for this very personal account. Do please keep in touch and tell us how your Research Group progresses. Most happy to put a link from this site. 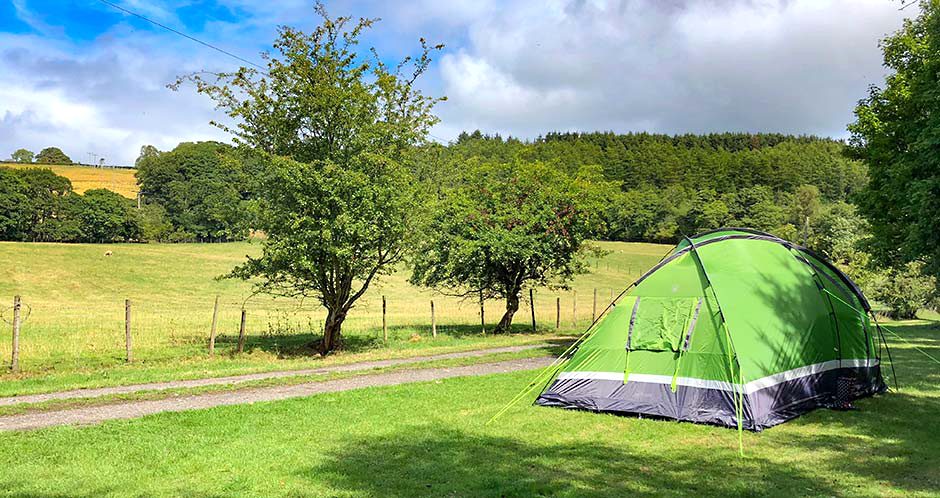