I received an email and later spoke on the phone to a man called Wayne Harmen who told me that on Tuesday the 24.8.21 he along with his son and a friend decided to travel to the area.

Wayne says that they arrived at about 6pm and walked the clifftops to Speeton and spending a few hours in that particular area. They then visited Danes Dyke and finally headed back to Bempton cliffs at around 9.45pm. They finally settled at one of the big bird stands and slowly watched the night fold in.

At around 10.15 Wayne says that a large luminous sphere appeared further down the cliffs towards Thornwick bay. It was closer than that — perhaps close to the viewing platform called Staple Newk but that was the direction they were looking. He says it was a vibrant orange-red in colour. The men say the sphere seemed to be on the side of the cliffs. It remained in the same position for 15 to 20 minutes then much to their surprise move forwards some 600 yards in an estimated 2 seconds.

At that point all three men felt very uneasy and decided to go back to the safety of the car. When they got back to the carpark the sphere was still hovering silently just above the clifftop path. A short time after in blinked out and disappeared.

The three men are all in agreement about what they saw. One of the men is serving in the military.

They did intend to stay on the clifftops all night but due to what happened they left at 12.30am. 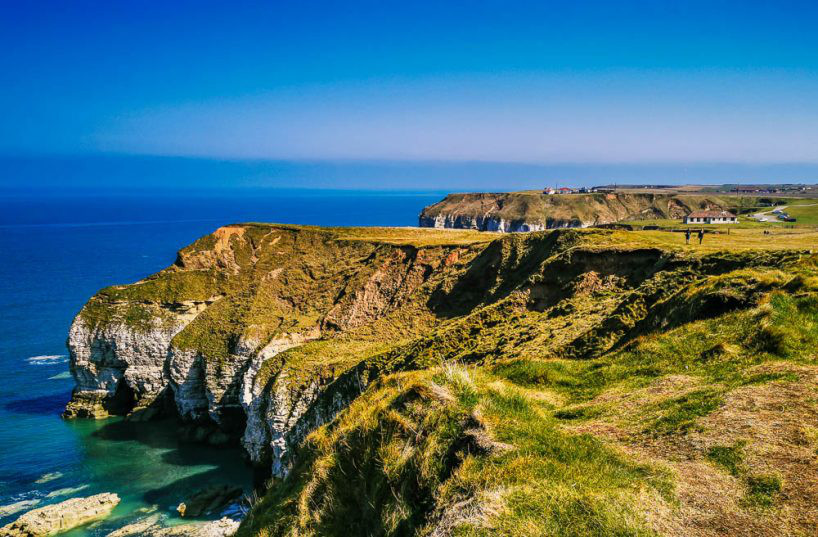 This is typical of the coast path running by Flamborough, Speeton and Bempton. Looks idyllic in the sunshine but strangeness can be experienced after dark.