It is fitting that this report is the one hundredth to arrive in the Truth Proof inbox.

For no other reason than it is different to any other report that we have received, even more amazing is the fact that we also have a photograph.

On the 17th of August 2021 farmer David Donaldson from Bythorn, Cambridgeshire, was talking on the phone to his friend; they were making plans before and heading out onto the land to do some pest control. During the telephone conversation David told me that he turned to his right and could not believe what he saw in the field a quarter of a mile away.

He described seeing a solid tube of white light that came up from the ground an estimated 60 to 100 hundred feet, having his phone at hand he managed to take one picture before it disappeared.

David said the tube resembled the column of a wind turbine in thickness and appeared flat on the top. The whole sequence of events lasted no more than 5 to 7 seconds but it was how it disappeared that amazed David the most.

He said it was as though someone had put a hand on top of the light and slowly pressed it down to the ground, he is one hundred percent certain that it retracted into the earth.

He told me that he had been harvesting that particular 90 acre field just a few hours before and there was absolutely nothing unusual to be seen. As soon as the light vanished David scanned the field with his thermal imaging scope expecting to see a heat signature or something that could explain it. The light was in the centre of the field and he could see clearly either side of where it had been. There was nothing and he was keen to point out that the scope could pick out a mouse at quarter of a mile. 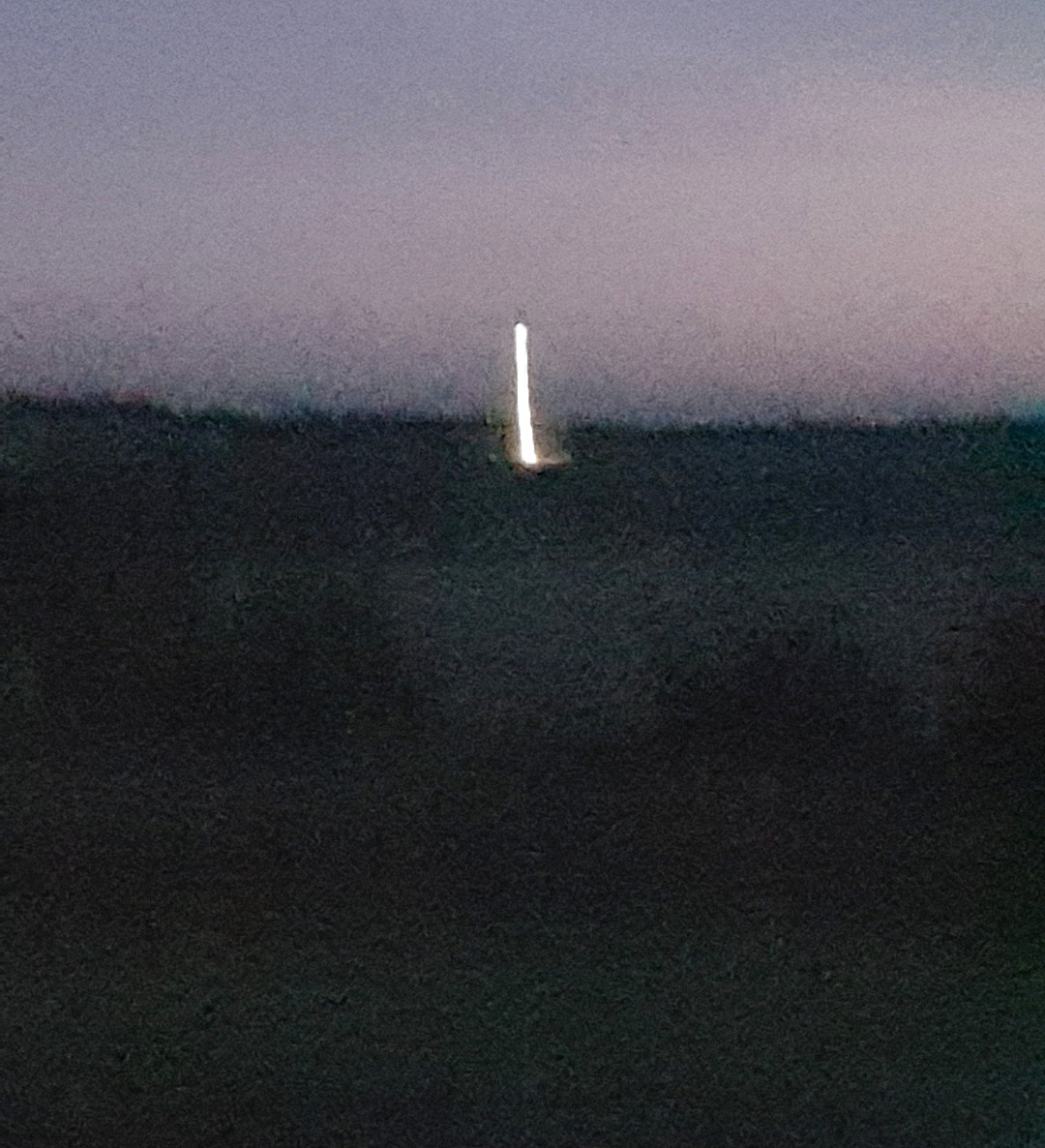 Mobile phone photograph of a beam of light which appeared to come up from the ground.