On one evening in October 2009, I was walking with a work colleague along the concrete hard standing next to the dismantled Hull to Barnsley railway line just off Calvert Lane in Hull (which is now a new housing estate). We were in the course of our employment while walking this route which was a short cut back to the office. We were just talking about general things when my colleague suddenly started tapping me on the arm and repeatedly asking me “What’s that up there!?”.

At first I couldn’t see what my colleague was looking at, but then I saw what it was.

There was a blue white point of light about the same size as other stars around it sharply zig zagging around the star called Vega just next to the constellation of Cygnus which at the time was almost directly overhead us. I stood in amazement watching this point of light zig zagging for about twenty seconds before it then suddenly shot off in a straight line and out of sigh at amazing speed.

The area was in pitch darkness at the time so we had a good view of this phenomenon.

I have no obvious explanation as to what this was but I have never witnessed anything like it. It cannot have been an aircraft due to the sharp zig zag movements it was doing.

When we arrived back at the office, other colleagues were there who asked if we were okay as we looked like we had seen a ghost according to them! been.

Steve made a similar observation in 2019

One evening in late august 2019, I was out walking my dog with my wife on the A166 just outside of Wetwang, East Yorkshire at 2300 hours. I am quite a keen observer of the night sky and with the area being dark it was easy to see many many stars in the sky. While looking at the constellation of Cygnus, I noticed that there was a strange, dim point of light next to the star Vega which is close to Cygnus.

None of the objects in the sky around it were flashing and no planets of the solar system were in that area of the sky at the time. My wife also saw this when I pointed it out to her and thought this was strange.

I have also previously witnessed strange lights close to Vega, the most noticeable was a white point of light which disappeared when a red point of light slowly approached it and began flash ing randomly. It was like the red light was communicating in some way with the white light. This was in the summer time of 2016. 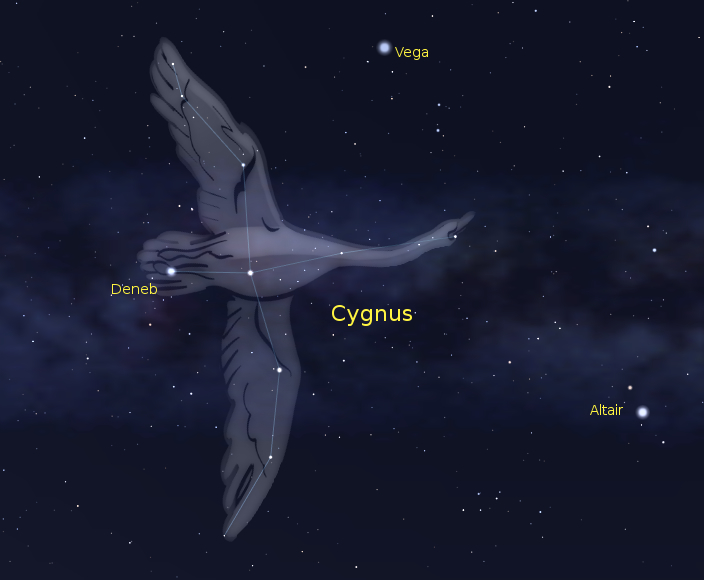