The first part of the fort we went to was called the vaults which housed the "Blitz Experience". The entrance was at ground level going through a couple of corridors to some stairs which went down to a lower level.

The corridors had pictures on the walls, and a display case containing things like gas masks. I was first to reach the stairs where I stopped and waited for the others to catch up. It was dimly lit with some light coming in through an arrow slit opening in the wall opposite me. Eventually everyone gathered and I was just about to head down the stairs when 2 things happened simultaneously.

My wife's phone rang for about a second and we heard the the crack of something hitting the wall opposite me. I looked in the direction of the noise and saw a small brown pebble rolling towards me on the floor. The time of the phone call was 11.43 and it was from a number we knew.

I said something like "where did that come from" ? Everyone looked at each other but nobody knew. My first thought was that the pebble may have been thrown in from outside but we had a look out of the arrow slit and couldn’t see anyone.

When I thought about it a bit more, the impact was a wooden sound and not the sound of a pebble hitting the brick/stone wall. On the wall under the arrow slit was an enlarged photograph printed onto some kind of wood or hardboard. I think the pebble hit this picture then bounced onto the floor towards me. It was as if the pebble had been thrown from behind me but I was stood with my back against a wall and there was no-one stood next to me.

After no-one owned up to throwing the pebble we didn't say anything else about it and went downstairs. The exhibits included blitz scenes from WW2 plus information about an old woman who kept rabbits and was said to haunt the fort and a soldier who was said to have hung himself while in the cells in this lower level.

We then looked around the rest of the fort and had lunch. Eventually we’d seen everything and found ourselves back where we started.

I suggested we go back into the corridor to see if we could find the pebble again and take a closer look at it. We all went in and I found the pebble on the floor where we left it. I was bending over, looking at the pebble with my torch when again, 2 things happened at exactly the same time.

I felt something small hit me in the back and my wife took a picture of us all. When I was hit I straightened up and said, “what was that”. My wife said "its OK it's only the flash on the camera", thinking that the flash had made me jump. I said I'd been hit by another object and I'd not seen the flash go off. I looked around and saw a small stone or piece of mortar on the floor behind me but I don’t know if that’s what hit me.

My wife asked my step father if he'd thrown anything at me and he denied it. The picture my wife took shows he was looking out of the arrow slit which rules him out.

We all left the vaults talking about the 2nd stone throwing incident. While the rest of the group went back to the shop I took a picture of the entrance to the vaults and another looking down the corridor. I then went and found my wife and we both went back into the corridor once more but nothing happened this time.

As we were leaving I briefly told a member of staff in the shop what had happened and asked if anything like it had happened before. He said that a few weeks before on a ghost hunt, someone had been hit by a small piece of wood thrown like a dart. He then said, "they're just letting you know they're here". We then left and drove back to my house which took about an hour.

When we got home I left the car on the drive and wound the windows up as the weather had been rainy the previous days but it hadn’t rained on the day we went to the fort. A few hours later I went to put the car in the garage. When I opened the door I was met with an intense smell.

I would describe the smell as fusty and ancient. It was like the smell of something that was hundreds and hundreds of years old. The car was a small 3 door hatch back and there had been no smell in the car when we left Fort Paull or when we arrived home.

The only time I’ve smelled anything remotely close to this was in the 1990’s in Edinburgh Castle, down in one of the dungeons. The smell in my car was 50 times more intense.

I put the car in the garage and wound the drivers window down to get rid of the smell (which usually works when I've fetched fish and chips) but the next day the smell was still there with only a small reduction in strength. My wife, sister and daughter went out in the car and all noticed the smell as well. It eventually dissipated and was gone by later that day.

On the evening of our trip my wife went on to the Fort Paull Facebook page and put on a review saying how we’d enjoyed our visit and making a very brief mention of our “paranormal” experience. Within an hour or 2, her review had been removed.

I'd like to remain anonymous for now but I'm happy for you to contact me and will supply copies of the pictures if you want them. Although this happened 7 years ago the description I've sent was written by me a day or 2 after the event when it was all still fresh in my mind. 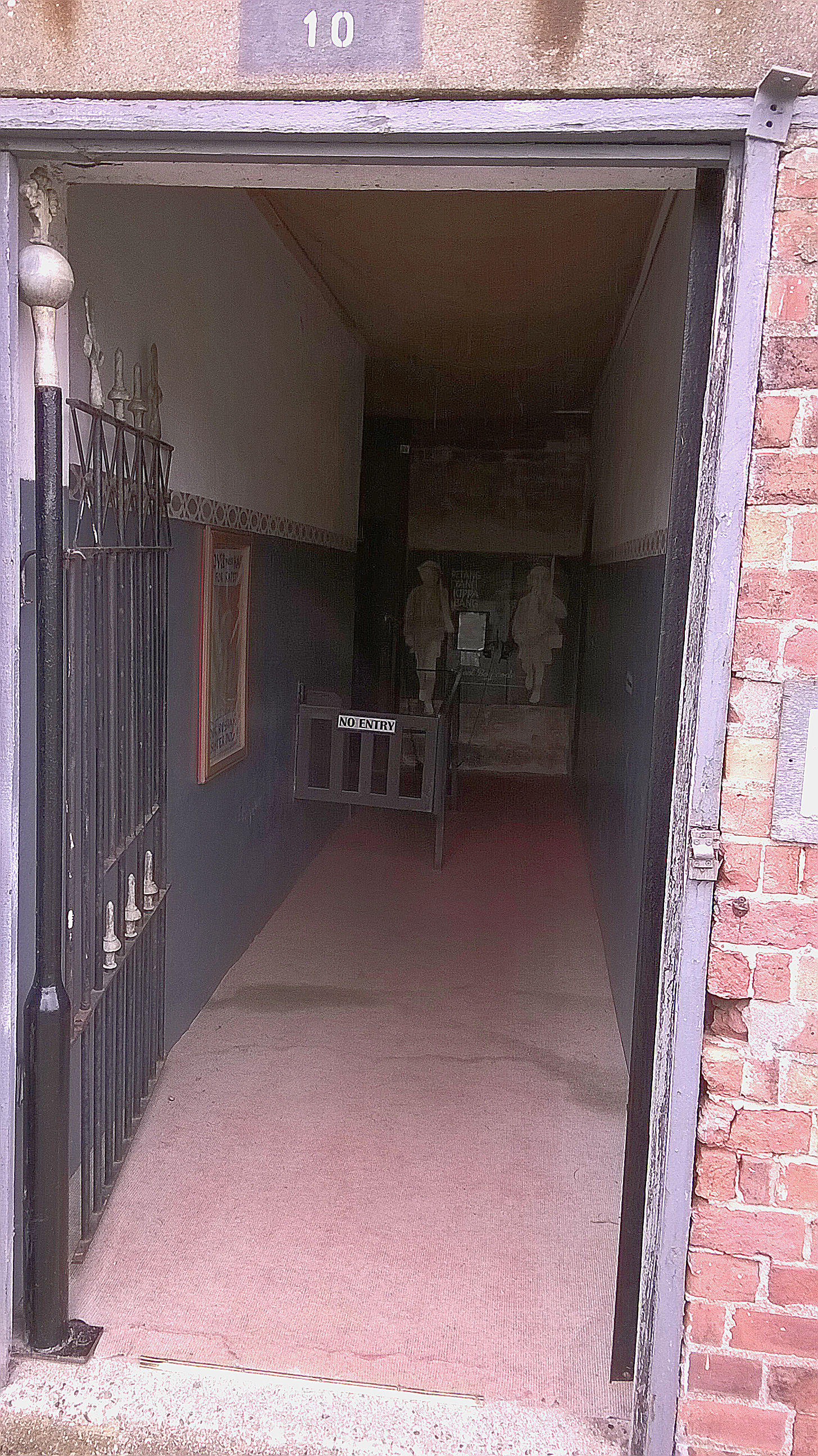 Entrance to the vaults

Corridor where the objects were thrown

Looking at the pebble when second object hit me