Reported via www.truthproof.uk to Paul Sinclair2019, 2020

follow-up research to be done by by Paul

We live near Weaverthorpe about a dozen miles south-west of Scarborough, and moved here in 2015. On one occasion my partner, Jim, saw the bottom of what he described as huge matt-silver sphere shoot into some clouds. The car was behaving strangely - revving - although it was fine the next day. He was convinced this thing knew he'd seen it, and this was their way of letting him know.

My own sighting happened shortly before Christmas 2019. I was sat in my chair glancing out of the window at the Wolds outside when my eye caught the site of a low, large orange sphere. In my mind I did the usual checklist: is it a farm vehicle high on the tree-line? A fire perhaps? Next to it and slightly higher than the first, a second appeared and I blurted out to friend who was with me, 'Oh wow look, a UFO!'.

These two huge orange balls just hung way above the tree-line for around 5 minutes and then blinked out. I was very happy someone else was with me who I consider to be a credible person.

Two weeks later Jim and I were driving back from the vets at Filey with our cat Noodles and had just driven through Wold Newton onto Butt Lane, the time would have been about 17.50 ish. I had Noodles on my lap in the carrier, and looking out of the window I saw what I first thought was a huge triangle with three red lights on each end. We stopped outside a property that has Velco trucks parked in the back and Jim got out of the car and watched 5, then 7 or 8, then more of these red, often quite dull, spheres flying erratically but purposefully across the sky.

They appeared to be over Octon and a light aircraft was flying directly towards them, so must have seen them.

We watched in amazement for as long as we could because Noodles was not happy. Again that feeling ‘they’ had seen us was present. It must have been 18.20 when we got home and we were full of adrenalin. They saw us! I stood looking out of my front bedroom window and immediately saw coming towards our house from the south moving north, three of these dull red objects, only now they looked more elliptical. By now I was a little un-nerved: could they be checking up on us?

The following night around the same time they were back following the same path then again two weeks later.

It was as though they were following a known grid pattern or route. We have seen them again a dozen times since.

Paul says: I would like to thank Lisa for sending in the fascinating and detailed report. The above is only a précis of the original. Mental note: must contact Lisa and get more details... 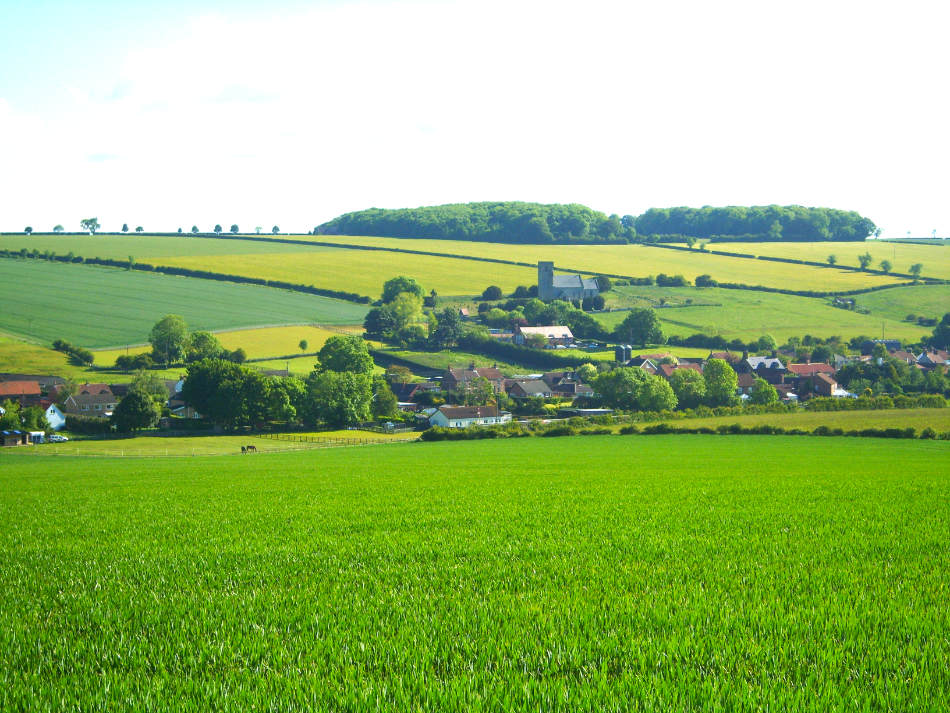