follow-up research being conducted by Paul

Paul states: I have received information just recently about an unusual sighting which took place near Nafferton, East Yorkshire in Late December 2020.

The witness was driving home at the time and says he saw a helicopter with a large search moving about low in the sky. He does not think that it was the police helicopter, but his eyes were drawn to a red light high in the sky directly above the helicopter.

Then, without warning, the light descended rapidly, stopped, then descended very slowly until it was around 50 feet above the helicopter.

The helicopter continued to move about the sky seemingly searching for something with the light above for a short time.

After which the red light shot away at great speed towards Bridlington, and presumably out to sea.

The witness described the red light as a flashing sparkling ball of electricity, he said he saw all of this from a distance of about 350 feet close to the junction of Driffield Road and Nafferton (the old Nafferton Slacks Road). There is a disused petrol station and derelict bungalow near the junction for anyone wanting to get a reference point to his exact location. Anyone see anything similar around this time? 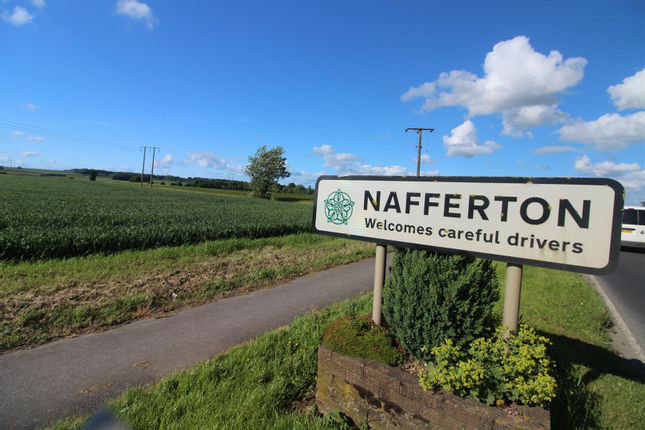 a pleasant rural area with a nice public house. The welcome to careful drivers presumably also applies to helicopter and red-ball-of-light pilots too...