UFO sighting off Flamborough head
6th of October 2020.
Caravel light Flamborough head This report takes us back to 1983 so 37 years ago. It may not even fall into the category of true unexplained phenomena.

"David’s mum and dad had a caravan at the Shirley caravan site in Sewerby and they used to go there whenever the weather was good.

On this particular evening his mum and dad drove to the car park at the top of Flamborough head.

It was about 8pm and dark.

Once at the car park David’s father left the car and went to the Café/ bar called the Caravel. He purchased drinks which they had inside the car.

As they sat looking out to sea the 3 of them noticed a bright orange light above the surface that appeared and disappeared intermittently, there was no set pattern. That’s when David looked back at the Caravel bar and realised that the large luminous sign above the building was also flashing intermittently. He brought this to the attention of his parents, who agreed that the orange light out at sea was appearing and disappearing in sequence with to the pub sign.

His mum and dad commented that it was like Morse code It was all very random, meaning 5 seconds might pass then both lights would suddenly come on and flash in dots and dashed for about 30 seconds. Or it might blink 3 times and the light out at sea would do the same. It was a clear night and they could also see the lights of boats much further out to sea.

There appeared to be a genuine electrical fault with the Caravel light because nothing flickered inside the building. They had binoculars with them and when they looked at the light through them it had no structure. It was Just an orange light about the size of a football hovering above the sea

They watched it for about 40 minutes. Then decided to drive back to the caravan."

It is a story I find interesting because I have noted that the Light forms seem to appear when the rock anglers are on the clifftops.

Is it coincidence that the anglers sit on the edge of the cliffs with lights and these unexplained lights appear? 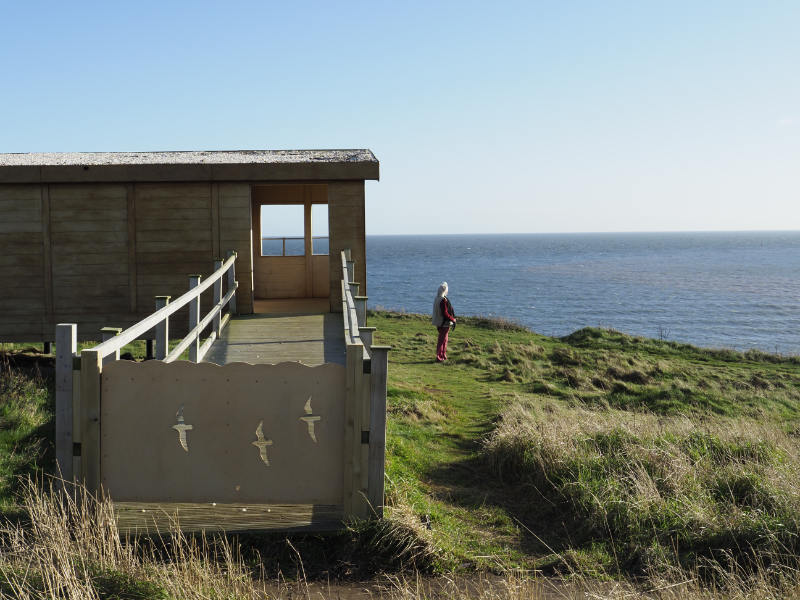 Looking out to sea by the wild life observatory.