Three sightings by an MOD official at Northam, North Devon.


An experienced gentleman contacted me and shared the following three sightings. We are in the process of contacting him again with a view to sharing his experiences more fully. I quote his initial notes verbatim.....

"Good talking to you yesterday, and I am so pleased to eventually get these sightings off my chest.

The first encounter was in a town called Northam located in North Devon back in June 21st 2013 - the summer solstice date - approx 6.45pm with a clear sky. The sun was starting to slowly settle and the wife & I were both sitting outside eating in our back garden over looking the full coast line of Northam to Bideford.

Our location was one of the highest positions on the side of a cliff edge with only one other house to the left of us, with a clear perfect view of the sea & coastline.

Approximately 1 mile away, we spotted a row of white / orange lights - 7 in total approaching from all different directions at fantastic speeds. One would peel off the formation and another would replace it at another angle again at terrific speeds: this display lasted approximately 8 - 12mins.

The distance was no more than 1 mile away. Positioned between 150 ft to 250 ft above the edge of the coast line, I quickly found a pair of binoculars then focused and zoomed in onto one light, through the white / orange glaze I could clearly see. The object was a bronze metallic colour triangle shaped approx 10ft in height & 10ft in width.

It was turning in a anti-clock wise direction, slowly, with one side of the triangle having 3 vertical white spot lights shining brightly. Time had stopped and my wife and I were totally in awe of what we both had just witnessed. Then the lights slowly started to disappear over the sea. It was good to know we shared our sightings with hundreds of other witness on that special evening.

That night I had the worst ever sleep of my life: every dream was pure horror but was so realistic, pain & death came to me & all my close family & friends were in horrific circumstances. I woke up sweating and crying uncontrollably, shaking with fear. The TV had turned its self on & was on full volume with a hazy picture; I remembered that my wife & I turned the TV off before we went to bed and this had never happened before & never did it happen again after that horrifying night."

I went outside to look out for my wife returning back from Newcastle. She had been travelling along the M5 to the A39 into Northam.

I looked above the house in the clear sky and could see two white perfectly round objects touching one another, traveling side by side with no sound, moving over the house from a westerly direction. These were approximately 15ft in diameter and passed over the roof apex at about 6 ft. The speed they were traveling was know more than 25mph.

The wife shortly arrived and described exactly what I had just witnessed, she had noticed these lights on the way in on the A39."

"I was travelling back from a wedding venue in Longframlington, Northumberland NE65 8AR at 11.30pm in July 2016 when I witnessed a very bright light hovering over a electricity pole.

I stopped the car got out to take a better look. I noticed there was no sound & it was even closer to the telegraph pole by this time. It looked no more than 3-5ft away, it was approximately 50ft away from my position. The size of the bright light was 6-8ft in diameter; it was too bright to stare at and the object moved away at terrific speed. I had lost a considerable amount of time, by the time I had arrived back home."

If I am lucky enough to have any more sightings I will call you immediately. Any questions or queries you may have, Paul, please don't hesitate to contact me.


Thanks for your time & understanding, much appreciated. 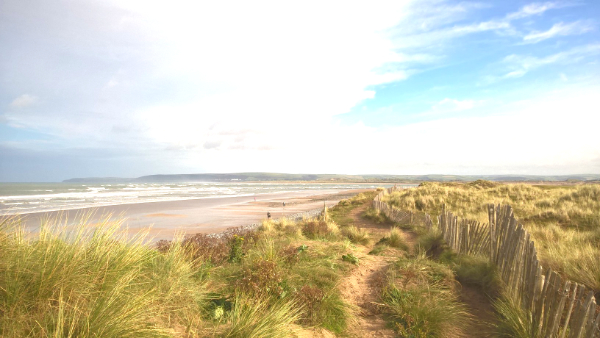 typical coastline of this area