So, in the early hours of this morning, around 2.50am, I got up to use the loo. On the way back to bed, I opened the curtains to allow more air flow as it's been hot. We live under the flight path of Birmingham International Airport and the window faces more or less the SouthEast and the Airport is off to the left in an Eastern direction.

Upon opening the curtains there was a large white light in the east. I thought it might be Venus but it was way too large and there was cloud cover, no stars were visible.

After watching for a few seconds my hubby woke up and just before he looked at it turned red and shot up and stopped. It looked like a red triangle, and it chased a smaller white light that may have been an aeroplane that moved off to the left.

It them moved back to the right and it was blinking in and out without moving. We watched for a few minutes and it was moving left to right, still with the light fading in and out. It suddenly turned green and then moved quickly upwards in the sky, when it stopped it turned red and was triangular shaped again.

We watched for what seemed a long time until it eventually flashed and faded away. I don't know what this was, we have lived here for 25 years and we have helicopters, planes etc of all descriptions flying over us all the time. The object was a distance away but it must have been large as it disappeared behind the houses opposite us. This was nothing like I've seen before. It so strange and I can't explain it. I didn't get any pictures as my phone was downstairs.


Paul: Thanks for sharing this so promptly, Caroline. When I started reading your account I started to think "maybe another landing light case". But certainly not - fascinating. And you woke up a witness! Thanks. 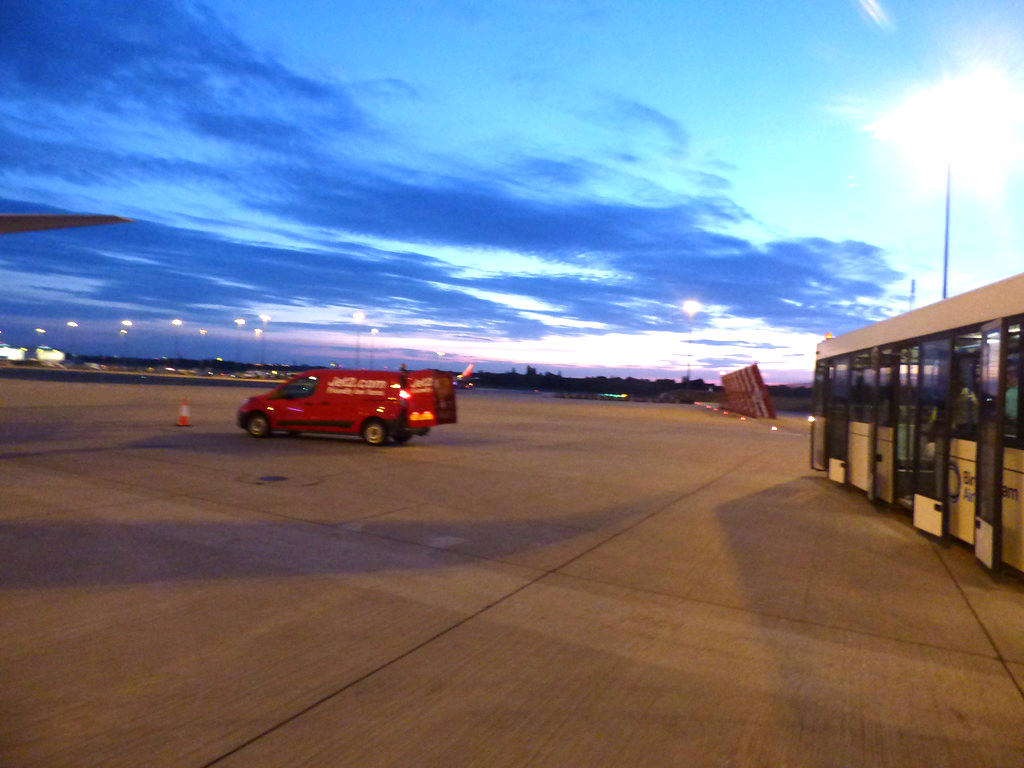