Witness contacted me direct to tell me about an incredible encounter with a huge UFO flew parallel to their car as they drove along the A615 Road from Fraisthorpe to the Wilsthorpe roundabout.

The lady and her friend sat in the passenger seat said they both became concerned when a red car, about four to five car lengths in front of them, began to weave and swerve about erratically on the road. They thought the driver must have been under the influence of alcohol. The red car pulled over and the ladies passed. Then they looked to their right hand side and saw, in the field next to them, a huge UFO with two red lights. It was so tall they could not see the top of it but could see the lights and the object moving below the hedgerow.

The witness says the the lady sat beside her was terrified by what she could see. They both could not believe it as the object continued to move parallel to them as they drove towards the roundabout.

When they slowed at the roundabout, the object appeared to stop, rise into the air, and turn and shoot out towards the sea "at incredible speed". 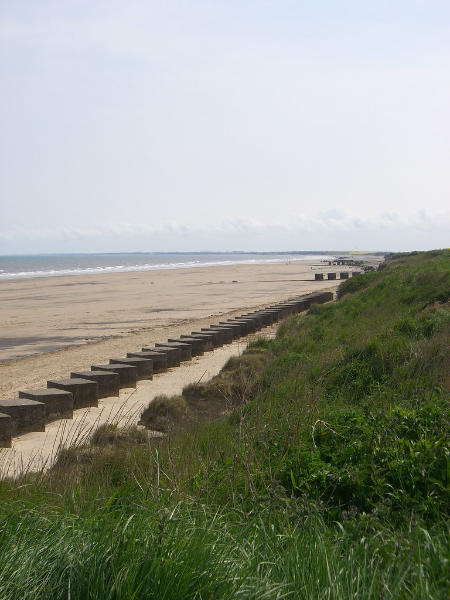 the coastline at Wilsthorpe - home of more than its fair share of strange activity! Note defences to combat erosion.